KABC
By Will Jones 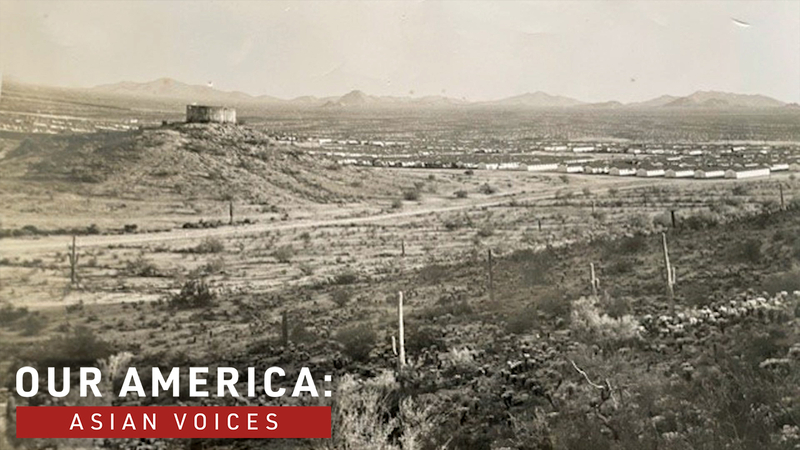 CHICAGO -- Michael Takada's father is a second-generation Japanese American. He was a senior in high school in California when Pearl Harbor happened.

"He went from being an all-star football player, a Boy Scout, to being the enemy," he said.

Jean Mishima was only six when she and her family were sent to a concentration camp in Arizona.

"They had barbed wire fences with watchtowers and guards with machine guns pointed inwards," she said.

It was a much different reality from her life in California.

Mishima said she never realized she was incarcerated until she was an adult. Her parents never talked about it.

"I concluded it was because I think they felt some shame," she said. "Although they didn't do anything wrong, they were put into a prison camp."

About 120,000 people of Japanese descent living on the west coast, most of them American citizens, were forced to relocate to concentration camps following an executive order signed by President Franklin Roosevelt in 1942 in the wake of the attack on Pearl Harbor by Japanese forces.

"My grandma and grandpa lost their jobs, their house and everything," Takada said.

Mishima said this was decades in the making.

"You have to understand the history," she said. "They didn't put us in camp just because Japan bombed Pearl Harbor. The anti-Japanese campaign began as early as the early 1900s."

Thousands of former internees came to Chicago with the hopes of rebuilding their lives. In 1940 there were fewer than 400 people of Japanese descent living in Chicago. That number grew to more than 20,000 by the 1950s.

"Chicago is known to be a very segregated city with Black and white, so you have all these Asians coming in. They didn't know exactly where to place us," Mishima said.

"When they see for rent or vacancy signs, usually they were turned away," Mishima said.

The Japanese American Service Committee was created to help the new arrivals in Chicago, including Michael Takada's dad and grandparents. Takada now serves as the CEO.

"They were really dedicated to helping families," he said.

Takada, along with Mishima in her role as president of the Chicago Japanese American Historical Society, works to make sure this dark chapter in U.S. history during World War II isn't forgotten or repeated.

The Chicago Japanese American Historical Society recently hosted professional development workshops for teachers, focusing on the incarceration of Japanese Americans and its relevance to racism today.

"I don't think you should judge people by the color of their skin. You may see it initially but when you get to know them, you don't see that. I really firmly believe in that," she said.

"When people start to articulate or make comments that are detrimental to any race or to any groups of people, allies need to find it in themselves to say hold on. Stop," he said.