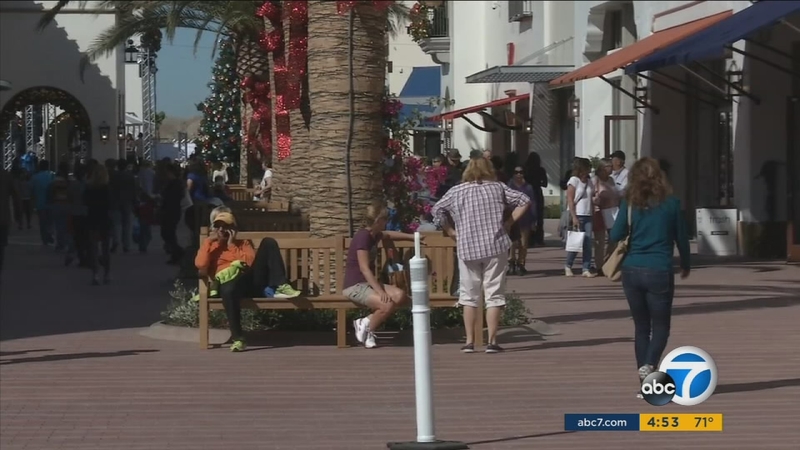 The outlet mall sits on 52 acres bordered by the 5 Freeway and the Pacific Ocean.

Craig said the site has seen many plans that never panned out: the Nixon Library, a Ritz Carlton and a shopping center.

Once Craig Realty began moving forward with plans for the outlets, the recession hit and the project faced some opposition from locals.

"I didn't want anything taking away from our cute downtown and I didn't want a bunch of people coming here to my town," Sherry Rous from San Clemente said.

Craig said his team worked hard to balance the name-brand tenants with a commitment to the beach-town style.

Now, more than 35 of the mall's 70 retail stores are open and some of those who protested have come around.

"So much easier because we always go town to the Carlsbad outlet mall to buy our kids their shoes and stuff, so there's convenience," Rous said.

Craig said the outlets will continue to grow, including 12 restaurants to be added.

He hopes south Orange County responds to something they've never had before.

"This was the perfect opportunity to be in a high-growth area where there wasn't already a lot of retail competitiveness," Craig said.

On Thursday, crowds spent time checking out the property and the grand opening sales. Many were just soaking in the outlet's location.

"We can even feel the ocean breeze from here right now," Michael Morgan from San Juan Capistrano said.