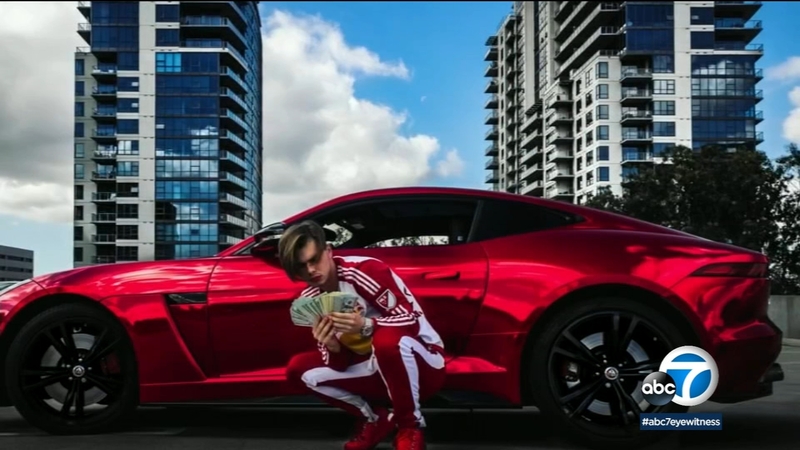 SANTA ANA, Calif. (KABC) -- Wyatt Pasek, also known as the "oxygod," was sentenced Monday to 17 and a half years in prison for making and selling counterfeit opioid pills laced with fentanyl.

Investigators including the Drug Enforcement Administration, Internal Revenue Service and the Costa Mesa Police Department, had their eye on Pasek and two others, Duc Cao and Isaiah Suarez, since the end of 2017, according to the Assistant U.S. Attorney Brett Sagel.

The trio was suspected of building a counterfeit oxycodone enterprise in Orange County to sell the drugs online across the United States.

"They were pressing pills in Newport Beach, but sending them nationwide to almost 20 or more states, that we were able to see through the dark web," Sagel said. Arrests came in April 2018.

Pasek pleaded guilty to conspiracy to distribute fentanyl and fentanyl analogues, felony in possession of a firearm and money laundering.

"That's what can be so deadly, is when people who aren't trained to put together these pills are sending them nationwide with what they believe is the right amount of fentanyl and fentanyl analogues and that can be even more dangerous than just straight oxycodone alone," Sagel said.

Before the judge decided Pasek's fate, his family plead for mercy in letters.

Pasek's younger brother described Pasek as an "inspiration to look up to," an "extremely intelligent human being," who "will do more for society in the outside world."

The convicted felon's mom talked about raising her boys as a single mother calling her eldest "a natural born leader," who "shows deep remorse for his actions."

An apology to his family for what he put them through, to the court and to anyone affected by his actions came from Pasek himself just minutes before his sentencing.

"This was his fourth drug-related conviction by the age of 22 so at some point it's not just immaturity, it's a choice," Sagel said.