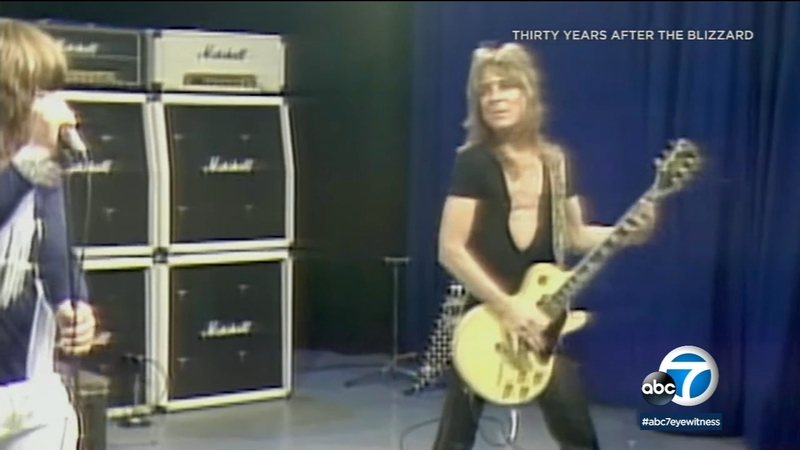 NORTH HOLLYWOOD, LOS ANGELES (KABC) -- Ozzy Osbourne is offering a big reward after a devastating loss for the family of the late guitarist Randy Rhoads.

Someone broke into their music school Thanksgiving night and stole irreplaceable instruments, memorabilia and photos.

Randy is the rock guitar legend who rose to fame playing with Osbourne in the 1980s. Randy recorded two highly successful albums with Osbourne.

Osbourne said he's heartbroken about the theft. He's offered a $25,000 reward for information leading to an arrest.

"Obviously he didn't invent the guitar but he kind of did what Chopin did with the piano. After Randy - the electric guitar, especially concerning metal music - was forever changed," said Kelle Rhoads, Randy's brother.

Randy was killed in a plane crash 37 years ago while touring with Osbourne. His family owns Musonia, a music school and museum in North Hollywood. Randy once taught there and since his death it has attracted fans from around the world.

"It's so unfair and so devastating that somebody would do something like this," Kelle said.

The burglar made off with the first electric guitar Randy ever played and two horns that belonged to his late mother, a musician who opened Musonia with her husband 71 years ago.

"Heartbreaking. It actually feels like losing my brother and my mom all over again. It's that painful," said Kathy Rhoads-D'argenzio, Randy's sister.