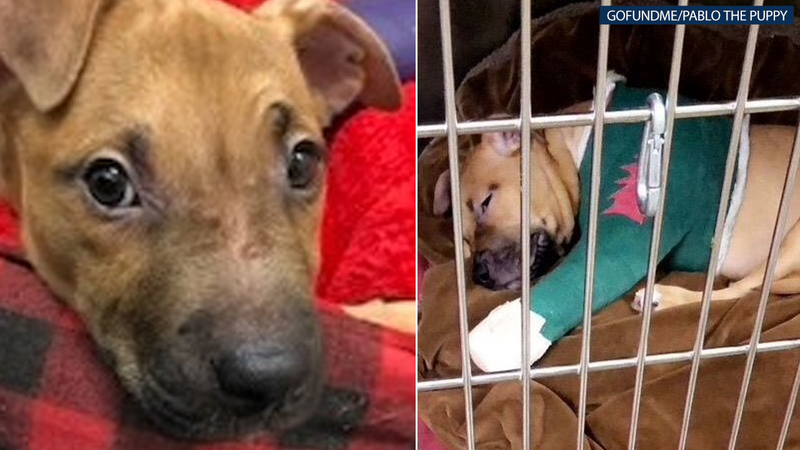 Puppy found with broken bones inside backpack in Hancock Park

Pablo was found on Dec. 11 in Hancock Park by a dog named Roxy and her family. The pup was inside a backpack with his muzzle taped shut.

The family who found him took him to Veterinary Care Center off Santa Monica Boulevard in Los Angeles. Veterinary staff discovered his ribs, jaw and shoulder were broken.

The puppy required major orthopedic surgery and Hope for Paws sponsored him, helping to cover some of his medical expenses.

"You would never even know that anything was wrong with him. He's the most loving, playful little guy. He tries to scamper about. He has the big splint on, but it doesn't stop him at all. He will lick every face of everyone that comes near him. He is expected to make a full recovery," Dr. Lisa Youn said.