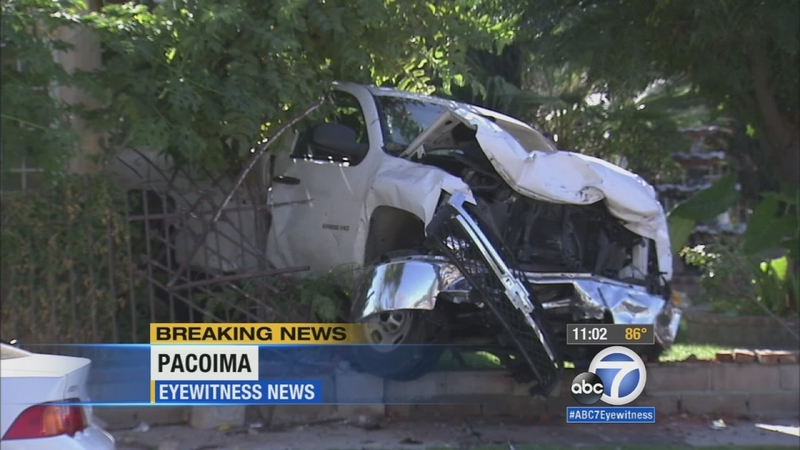 LOS ANGELES (KABC) -- A police chase ended in a crash involving at least two other vehicles in the Pacoima area Friday, and then the suspects' vehicle slammed into a home.

The chase of a white truck, which was reported stolen, came to an end at Laurel Canyon Boulevard and Kelowna Street just after 9 a.m. Police say the suspects ran a red light, T-boned a red vehicle and crashed into parked vehicles.

An 80-year-old man in the red vehicle was also taken to an area hospital with minor injuries.

Juliana Rangel said she was sitting in her dining area having coffee when she heard a screeching noise outside.

"I said, 'Please God, let it not hit,'" Rangel said. "It comes through so fast. It pushes all our dining area, table forward. That minute, I said, 'I'm going to run out.'"

Police say the suspects may be minors and were believed to be between 15 to 18 years old.

A police chase ended in a multi-vehicle crash in the Pacoima area on Friday, Sept. 25, 2015.