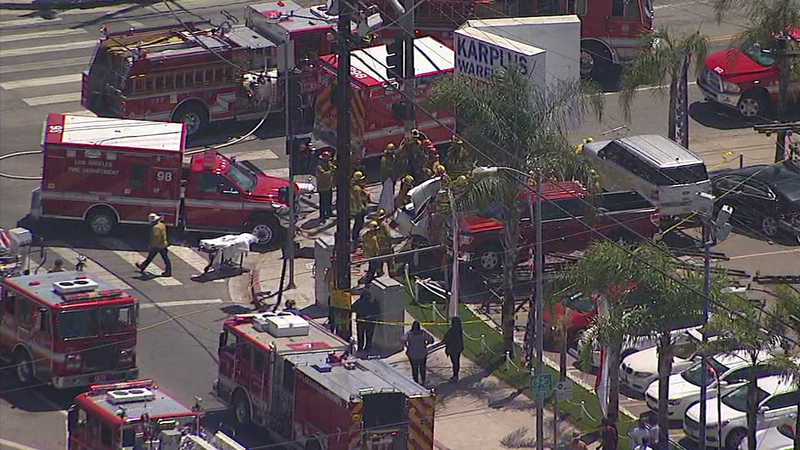 2 firefighters among 4 injured in Pacoima crash

The collision occurred shortly before 11 a.m. in the 12000 block of Osborne Street, according to the Los Angeles Fire Department.

Two male firefighters were in the ambulance, which was transporting a female patient at the time of the wreck. All three were taken to a local hospital in fair condition.

The impact left a civilian vehicle severely mangled, and several firefighters were seen working to extricate a person from the wreckage.