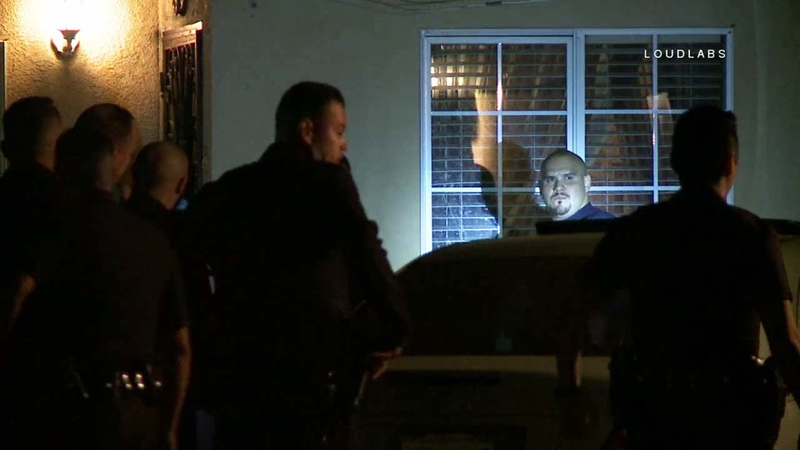 The incident occurred about 11:45 p.m. near the intersection of Telfair Avenue and Paxton Street, where officers responded to a report of a stabbing, according to the Los Angeles Police Department.

The victim was rushed to a hospital in serious but stable condition as authorities confronted the suspect, initially firing beanbags in an effort to subdue him. According to news video, the man was apparently unfazed by the less-than-lethal rounds; he was seen smoking a cigarette and throwing objects at the officers. At one point, the suspect climbed onto a rooftop.

"That suspect eventually tried to gain entry into a rear residence at which time an officer-involved shooting occurred," said LAPD Lt. Chris Ramirez.

He was then struck by police gunfire and transported to a medical center, where he was pronounced dead. His name was not immediately disclosed.

Update on the Officer-Involved Shooting with a suspect who was armed with a pick-axe. Two officers were injured and the suspect was pronounced dead at a local hospital. pic.twitter.com/l1iOwHCCQI

Two officers were injured in the encounter and hospitalized in stable condition. One of them was later released.