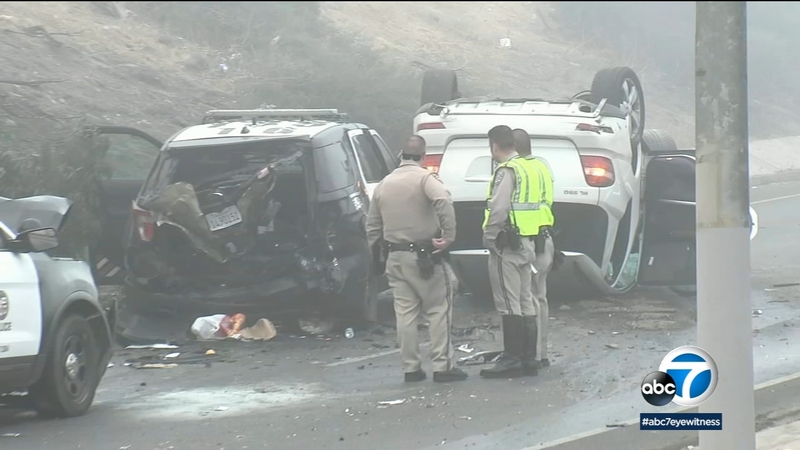 4 officers injured after pursuit ends in fiery crash in Pacoima

A record check reported the suspects' vehicle had been stolen in an armed carjacking in the Bay Area on the Nov. 10, according to Los Angeles police. Officers attempted to stop the two robbery suspects in the SUV around 4:30 a.m. near at Foothill Boulevard and Wentworth Street.

A chase ensued and at some point, the SUV went into an embankment where it overturned and was struck by an LAPD cruiser, which was then rear ended by a second police SUV, officials said.

The suspects' vehicle then caught fire on the 118 Freeway westbound on-ramp at Glenoaks Boulevard.

Multiple Los Angeles Fire Department units responded to the scene, where the on-ramp was closed for several hours.

One of the four injured officers suffered a broken leg, and the two female suspects were taken into custody.