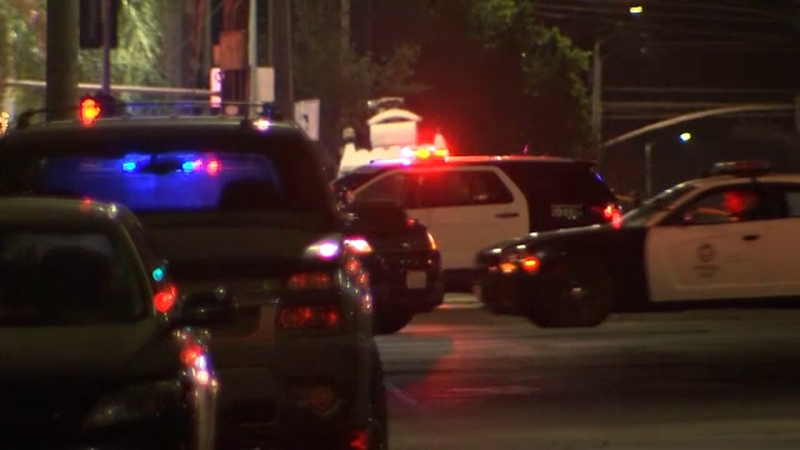 PACOIMA, SAN FERNANDO VALLEY (KABC) -- An investigation was underway after someone fired a shot that shattered the windshield of a Los Angeles Police Department patrol car in a Pacoima neighborhood Saturday night.

The shooting occurred at 7:10 p.m. near Osborne Street near the Pacoima Community Garden, according to the department. Investigators say the officers were driving when a single shot came through the windshield.

Neither of the two officers inside the patrol car were injured, authorities said, but police still don't know where the shot came from or who fired it.

Officers searched the neighborhood, but it appeared the search had ended without an arrest by Sunday morning.