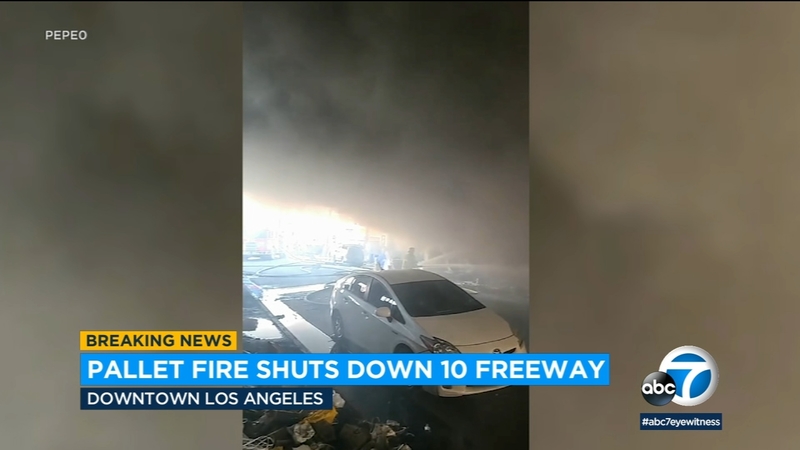 LOS ANGELES (CNS) -- Firefighters knocked down a stubborn rubbish and pallet fire burning under an off-ramp to the 10 Freeway in downtown Los Angeles Sunday, which triggered a temporary halting of traffic in both directions due to a "zero-visibilty'' environment.

The 83 firefighters dispatched at 7:32 a.m. to the westbound freeway, at Lawrence Street, had the blaze out at 8:51 a.m., the Los Angeles Fire Department reported.

"The large amount of pallets stored under the freeway created a challenge in reaching the seat of the fire,'' the LAFD's Margaret Stewart said. "Forklifts on scene were used to move the extinguished pallets so firefighters could continue to make their way in and fully extinguish the fire.''

Instead of issuing a Sigalert, California Highway Patrol officers began holding up traffic at 7:36 a.m. to allow for firefighting efforts and released traffic at 8:17 a.m.

Arson investigators were responding to the scene for a possible witness to the fire's cause, Stewart said.