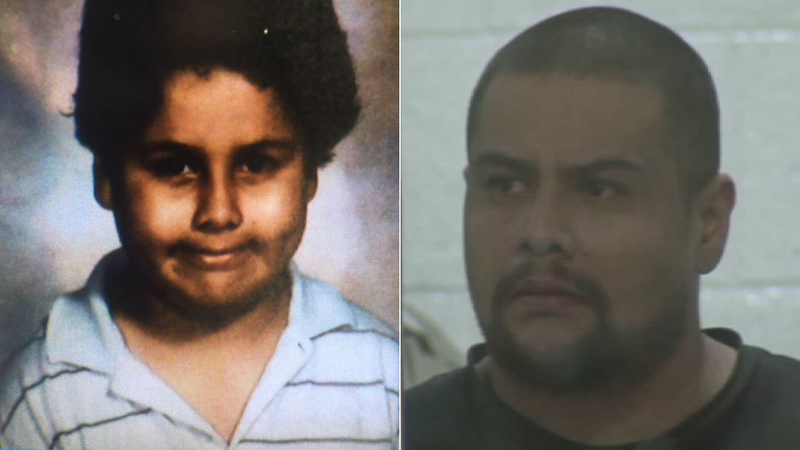 Photos that displayed the innocent years of Isauro Aguirre were unveiled by the defense Monday aiming to show that the defendant should be spared the death penalty after his conviction in the torture murder of 8-year-old Gabriel Fernandez.

Aguirre's home life appeared to be a far cry from what he and co-defendant Pearl Fernandez created for young Gabriel in Palmdale.

The jury viewed snapshots including baby pictures, Aguirre as a toddler holding his younger sister and his 18th birthday surrounded by his family.

Aguirre had no criminal history until this case. His defense has raised questions suggesting that Gabriel's mother Pearl Fernandez changed Aguirre as they joined to commit horrific acts against the 8-year-old.

Aguirre's sister Elizabeth testified Aguirre had been a caring and helpful older brother in a hard-working family.

Their mother had two days of kindergarten education and their father could neither read nor write but labored diligently to feed the family.

In prior testimony the defense elicited that Aguirre was intellectually slow, had to repeat two grades and that he dropped out of school.

When Aguirre was in his 20s he worked at an assisted-living facility in Woodland Hills. A former supervisor praised his patience and attention to detail in helping the elderly clients using walkers and wheelchairs.

"I think Isauro excelled in that area and on many occasions I would commend him to the executive director," testified former facility official Shirlene Miller.

The prosecutor questioned how well Miller knew the defendant and whether she could have been deceived.

"I do think I knew him. I don't think he faked his behavior. I think he was consistent based on who he was," said Miller.

Two former girlfriends testified that Aguirre was helpful and respectful but struggled when they broke up - in one case slamming a door in anger and later calling persistently to ask how she was doing.