A pedestrian was killed after being struck by a vehicle that was fleeing deputies in Palmdale Wednesday evening, authorities said.
KABC
By Veronica Miracle 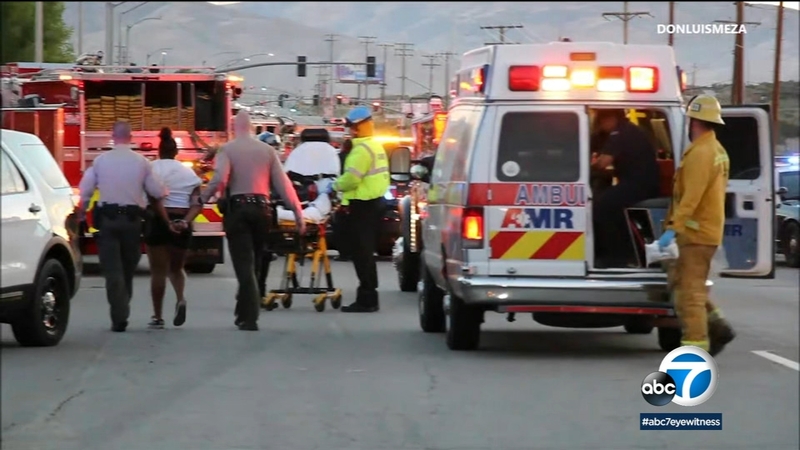 PALMDALE, Calif. (KABC) -- A pedestrian was killed after being struck by a vehicle that was fleeing deputies in Palmdale Wednesday evening, authorities said.

The vehicle - with six teenagers on board - appeared to have been speeding during the chase and suddenly lost control. It jumped a curb and crashed onto a neighborhood bike path.

L.A. County Fire Department said the woman walking on the path was hit and died at the scene.

The crash occurred near East Avenue S and Sierra Highway shortly before 8 p.m. The suspect vehicle was wanted in connection with a "felony suspect considered armed and dangerous,'' according to the L.A. County Sheriff's Department.

The driver was reportedly driving at high speeds and running red lights before the violent crash.

"It was literally like a sonic boom right next to your house, a sonic boom, and screams... horrible screams," one resident said.