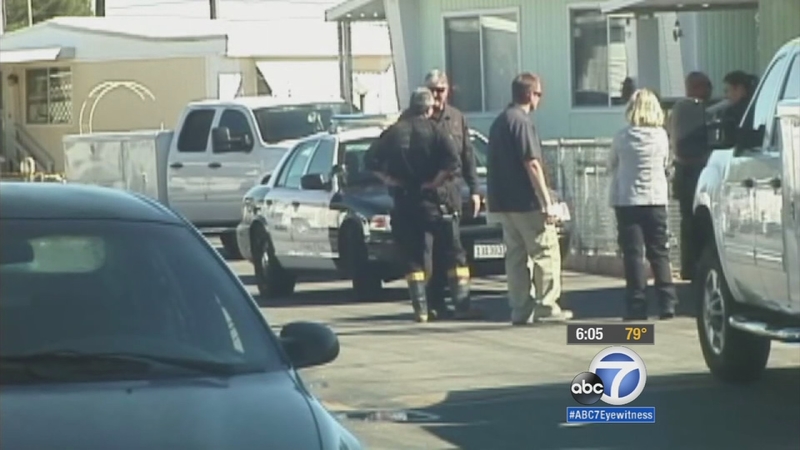 PALMDALE, Calif. (KABC) -- Detectives were investigating the death of a woman after a fire at a home in Palmdale on Friday.

Firefighters were called to a mobile home park on the 37300 block of 47th Street East around 8 a.m. A resident dialed 911 after seeing smoke pouring out of the window of a home.

When firefighters arrived and put out the flames, they found the body of a woman. Investigators were combing through debris trying to determine the cause of the fire.

"We don't know just exactly how the victim died in this case; however, it is under investigation. We're hoping that there will be evidence inside that will reveal origin and cause of the fire," said Det. Kevin Acebedo with the Los Angeles County Sheriff's Department.

Neighbors said a woman in her late-60s lived alone at the residence.

"I would see her once in a while on the porch, and we'd wave to each other and ask her how she was doing, and then that was really about it," said Trenna Cussins. "She had a caregiver I think that came and helped her do stuff because she wasn't very healthy."

"She's up and down. I mean, she's beginning phase of Alzheimer's," the victim's caregiver, who identified herself only as Angela, told Eyewitness News.

Detectives said the woman's body was severely burned, and the fire caused significant structural damage. They haven't determined if the blaze is suspicious.