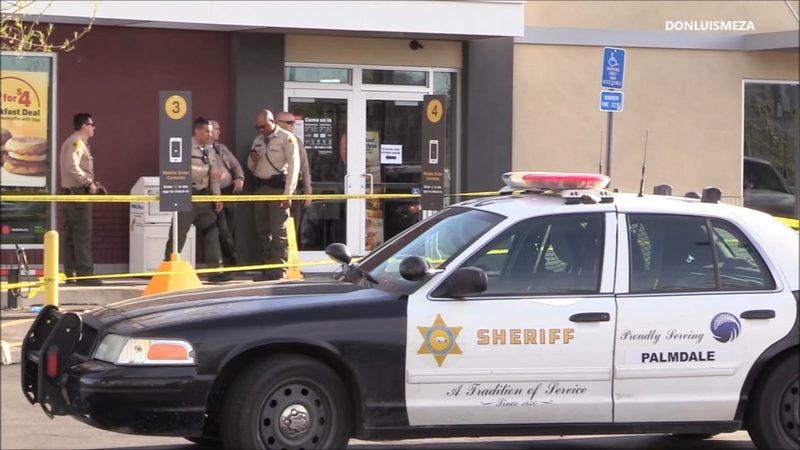 PALMDALE, Calif. (KABC) -- A man was shot and killed by a security guard after crashing his car into a restaurant, stripping off his clothes and stabbing someone at a McDonald's in Palmdale, police and witnesses said.

The bizarre incident unfolded Sunday at a shopping area in the 2500 block of East Avenue S. around 4:30 p.m.

Officials say the suspect crashed his car into a Carl's Jr., then got out of the vehicle and stripped off his clothes.

He ran across the street to a McDonald's and there stabbed at least one person inside.

He then got into a confrontation with a security guard, who shot the man, officials say.

"All I hear was pop pop pop," said one witness. "So I ran over here, I see this guy on the ground."

The suspect later died at a hospital.

Investigators are still looking at what could have driven the man to this behavior. It was unknown at this time if any controlled substances were involved.