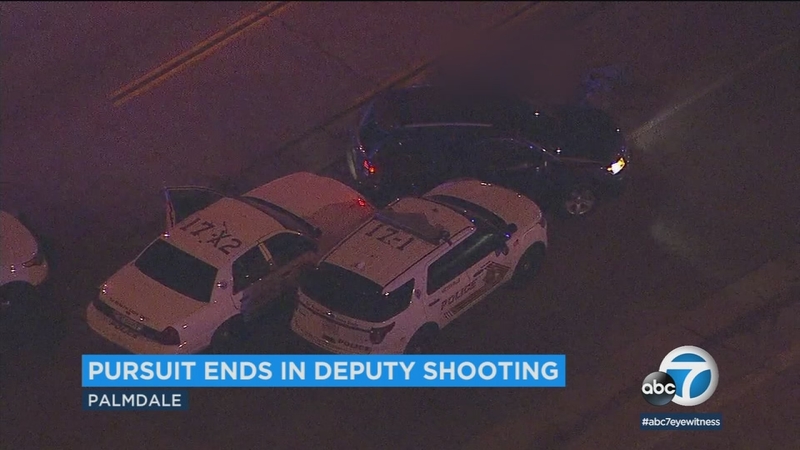 PALMDALE, Calif. (KABC) -- A man was killed in a shooting involving a San Bernardino County sheriff's deputy Wednesday evening in Palmdale after a chase followed the armed robbery of a Victorville wireless store. Three other suspects were taken into custody.

Details of the robbery were not immediately available.

San Bernardino County authorities said that after the holdup, deputies in the Adelanto area located a vehicle occupied by four male suspects, three of whom were believed to be armed.

The driver allegedly refused to pull over and a high-speed chase ensued. The pursuit ended after deputies executed a PIT maneuver in Palmdale.

One suspect was fatally shot at the scene shortly after 8 p.m. in the area of 48th Street East at East Avenue R-8, according to the Los Angeles County Sheriff's Department, which was assisting in the investigation.

The remaining three suspects abandoned the vehicle and fled the scene, but they were eventually captured and arrested, investigators said.