The owners of trampoline park Rockin' Jump in Palmdale were floored when they opened their latest bill.
KABC
By Anabel Munoz 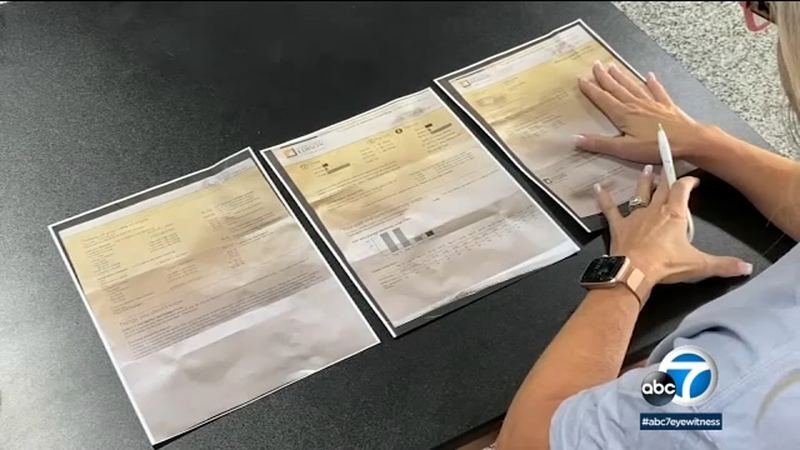 PALMDALE, Calif. (KABC) -- It was a big shock for the owners of a Palmdale trampoline park when they opened their most recent electric bill.

Since Rockin' Jump shut down during the pandemic, their electricity bill dropped significantly. It used to average between $5,000 to $10,000. Now, it's roughly about $775 a month, they said. But their latest bill nearly tripled to $2,191.84.

"It was actually my husband that opened it, and he was like, 'What is going on?'" said Dawn Porter. The energy charge was just over $400, and something called a demand charge - that applies to businesses - was about $1,600. Porter said this was the result of turning on the AC for about six hours during triple digit temperatures.

"We came in and did some deep cleaning and worked on the building," Porter said.

"Think of a demand charge like this: during periods of time, when the electric grid is at its most stress level, how much is your business contributing to that stress level," said spokesperson Ron Gales.

The plan Porter and her husband signed up for offers lower energy usage costs but higher demand charges. In this case, that backfired, and they can only choose a new plan every 12 months.

"It just is way too much. It's unreasonable for, you know, five to six hours worth of usage," she said. SCE opened a billing investigation and said it's open to working with the customer.

"So we're going to look into why his demand charges are increased. And that process typically takes about one bill cycle to complete. In the meantime, he's not required to pay or will he be charged a late fees," Gales said.

But even if the charges are accurate, the business owners question whether it's fair, given the circumstances.

"We're all trying to survive, COVID and following all of the rules and regulations of mandatory closures. We have no option in this. This is just what we have to do," Porter said.

The business owners hope utility companies will work with people in similar situations and said they look forward to reopening.

"We miss seeing everybody on a regular basis. We love hearing this building full of laughter."