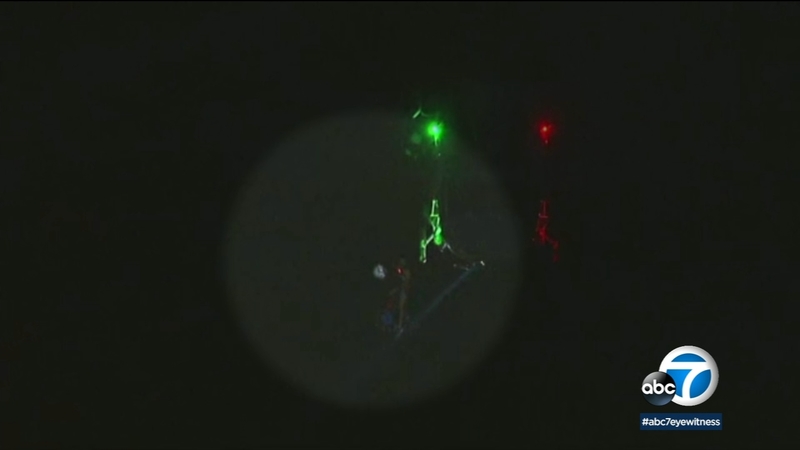 PALOS VERDES, Calif. (KABC) -- Authorities rescued a man who was trapped inside a sea cave off of Ranchos Palos Verdes Thursday night.

Los Angeles County Fire officials responded to the area known as Sacred Cove shortly before 8 p.m. just as the sun was setting, making it a night rescue.

Officials say the 23-year-old man was in the cave just as the high tide started to rise.

AIR7 HD was over the scene as that person was hoisted up from the rocks and airlifted to the hospital with minor injuries.

Authorities worked to rescue several people who were trapped on the rocks and in a cave off of the Palos Verdes Peninsula Thursday night.

The popular scenic area has been the scene of fatal incidents. Two swimmers died in separate incidents back in 2014.

Locals say this rescue was a reminder of how dangerous those waters can be.

"There's been a lot of incidents and I guess people just don't understand and keep going down there," said Torrance man Hector Franco.