Woman shot in head while driving in Panorama City 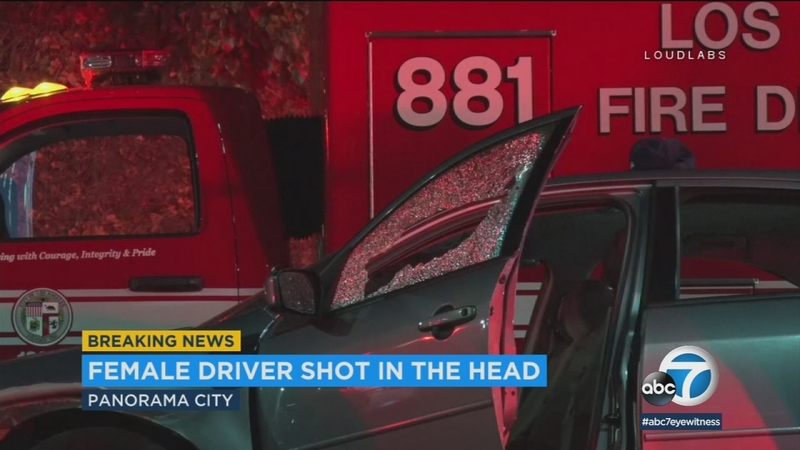 Woman shot in head while driving in Panorama City

PANORAMA CITY, LOS ANGELES (KABC) -- An investigation is underway in Panorama City early Thursday after a woman was shot in the head while driving.

Shortly after 2:30 a.m., firefighters were responding to a crash when they discovered the 21-year-old woman shot once in the side of her head while in her vehicle. Investigators said the woman was stopped at a traffic light when suspects in another car pulled up, fired once and struck the woman, who then crashed into a center divider near Van Nuys Boulevard and Arminta Street.

Crews rendered aid to the victim before taking her away in an ambulance. Los Angeles police said the unidentified woman is in grave condition and on life support.

LAPD Capt. Robert Marino said two men were passengers in the victim's car, but they were not injured. They were expected to be questioned about what led up to the shooting.

The LAPD did not immediately release information on suspects but said they were in a gray or beige-colored vehicle, possibly a Toyota Camry.

Investigators said the area in which the shooting occurred is high in gang crime, but officials said the victims do not appear gang-related and no drugs or weapons were found in their vehicle. Officials were also looking into whether the victim was the intended target or whether it was a random shooting.