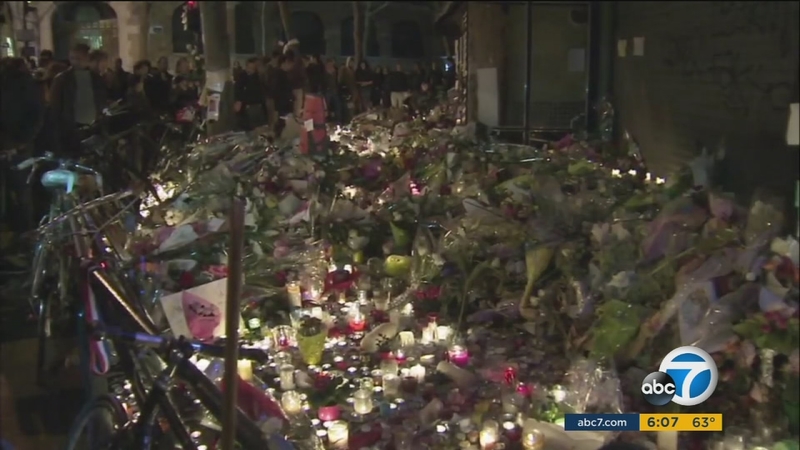 PARIS (KABC) -- There are signs Paris is beginning to come back to life only days after a series of terrorist attacks erupted in the City of Light.

ABC7 anchor David Ono spoke with residents visiting memorials strewn across the city, all emotional when talking about their fear of more attacks.

A resident who is Muslim said she was upset by what has become of her city.

"When you see some people like you that were raised and born like you can do this...you are very, very angry," she said.

On Friday, six attacks broke out across the city, leaving 129 dead and more than 300 injured. The attacks involved suicide bombings, shootouts at two restaurants and a hostage situation inside a theater.

Less than a day after the attacks, the Islamic State claimed responsibility for the coordinated carnage in an online statement.

French troops have deployed by the thousands and tourist sites remain shuttered.