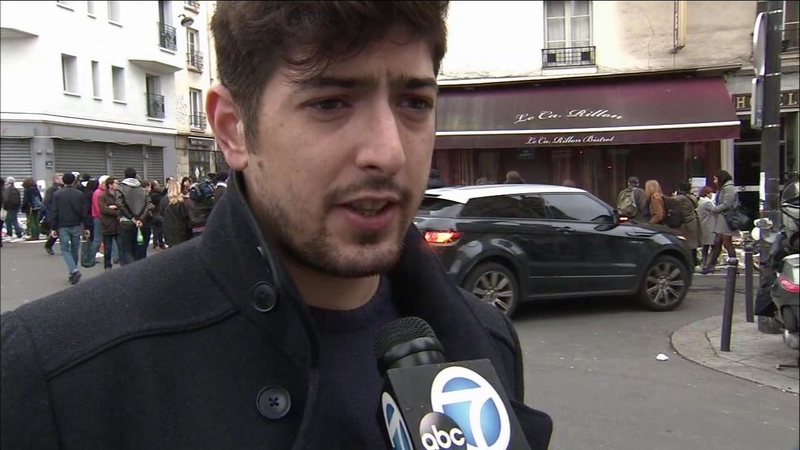 PARIS (KABC) -- A Paris resident expressed anger following the latest terror attacks, which he said is different from the Charlie Hebdo shooting in January.

Alex Arrabia said the latest attacks are different than the Charlie Hebdo shooting, because the terrorists are shooting random citizens.

A total of 129 people were killed when three teams of attackers, including seven suicide bombers, attacked the national stadium, the Bataclan music hall and nightspots on Friday.

In addition to those who were killed, the attacks also wounded 350 people, 99 of them were injured seriously.