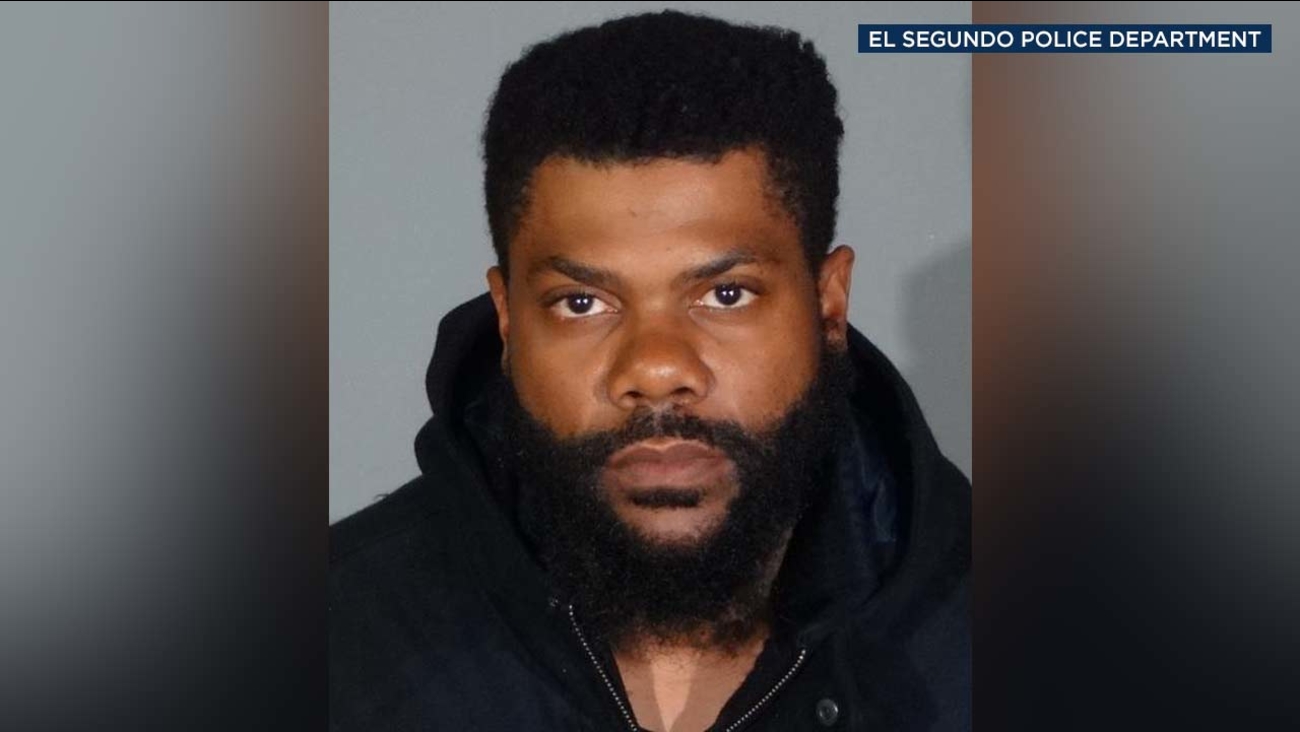 Kerry Frank Lathon, 35, is seen in a booking photo from the El Segundo Police Department.

EL SEGUNDO, Calif. (KABC) -- A suspect on parole has been taken into custody for the alleged rape of a woman near a parking garage in El Segundo.

Kerry Frank Lathon, 35, was taken into custody Friday night for suspicion of rape after he was located in Gardena by task force officers from the California Department of Corrections and Rehabilitation and the United States Marshals Service, police said.

An investigation began after a report came in before 11 a.m. last Sunday, when police officers received a call to investigate a possible rape that occurred earlier that morning.

Police are seeking the public's help to track down a parolee who allegedly raped a woman near a parking garage in El Segundo.

The alleged victim told investigators that she had fallen asleep on the Metro Green Line train and missed her stop.

Around 6 a.m., she said the suspect, identified by police as Lathon, introduced himself to her and began conversing with her when the train was nearing the Marine Avenue Station. They then got off the train at El Segundo and Nash and entered a 7-Eleven store.

Sgt. Aaron Corkins with the El Segundo Police Department said the two continued walking, got back on the train, headed southbound, then got off again - this time at the Douglas Street station.

Corkins said the alleged victim walked with Lathon after he told her he needed to meet up with a friend.

As they walked, Lathon guided the woman to a secluded stairwell behind a parking garage in the 2300 block of East Rosecrans Avenue. That's when Lathon allegedly raped the victim and fled on foot, police said.

Investigators described Lathon as a transient who is currently on parole for making criminal threats.