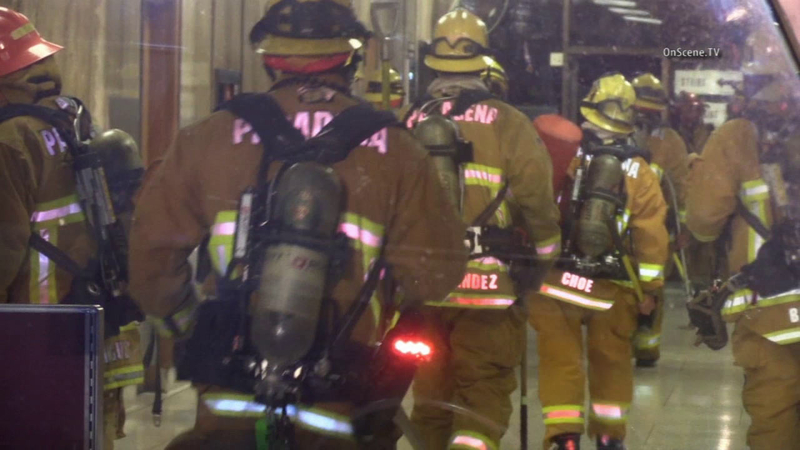 PASADENA, Calif. (KABC) -- A fire broke out at the Pasadena Courthouse early Monday morning. Crews battling the blaze ran into some hazardous materials on scene.

The two-alarm fire was reported around 1:45 a.m. on the 300 block of Walnut Street. The fire, which ignited on the third floor of the structure, was knocked down by firefighters who contained the damage from spreading.

Crews found some wood-staining materials at the scene of the blaze. The building is currently undergoing some construction. Hazmat teams from Burbank, Glendale and Pasadena were called in.

Fire officials said the courthouse was expected to open at 8:30 a.m. with normal operations.

One firefighter was being evaluated at the scene but was not transported. No other injuries were reported. The cause of the fire was not immediately known.