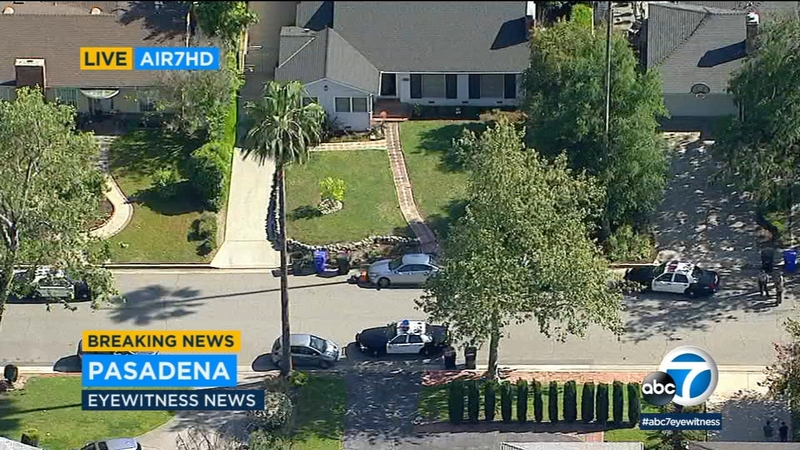 PASADENA, Calif. (KABC) -- A homeowner shot a burglar who broke into his house in East Pasadena while his children were home, authorities say.

Authorities were searching homes in the area as they investigated the incident on Grayburn Road that was reported just before 3:30 p.m.

It started with a call for a burglary at another house in the neighborhood, where a woman was home. The suspect fled that house and then broke into another home in the area, investigators say.

In that second house, the male homeowner and his two children were home at the time. Officials say the homeowner warned the burglar he had a gun and when the suspect did not flee, the homeowner shot him.

The public was asked to avoid the area of Rosemead Boulevard, north of Huntington Drive and south of Del Mar Avenue.