Pasadena ordinance cracks down on panhandling, camping on certain streets 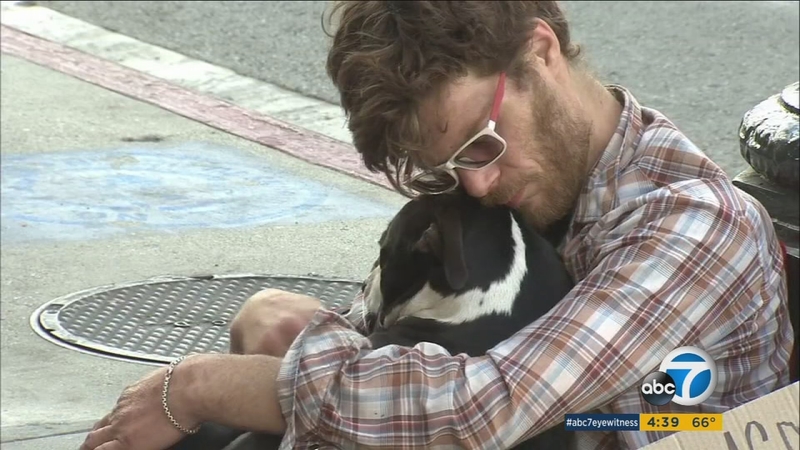 Pasadena ordinance cracks down on panhandling, camping on streets

PASADENA, Calif. (KABC) -- A new ordinance in Pasadena allows police to crack down on panhandlers and seize belongings blocking certain places, but the city insists it's not a form of punishment for homeless people.

Pasadena's Old Town features high-end shops and popular restaurants, but it is also home to many homeless people.

Ray Hicks and his dog Jane have been on the streets for the last two years, panhandling for money just to survive.

"You know you've got to understand when you're sleeping outside and someone is nice to you, it's a perpetual cycle of good," he said.

He's concerned about a new homeless ordinance passed by the city council that's on track to being enacted by the end of the year.

It targets those who are blocking sidewalks, which gives Pasadena police the authorities to remove homeless people's belongings in certain circumstances. They can even arrest those who are found to be aggressively panhandling.

Ray said the new ordinance leaves a gray area of what will and won't be allowed.

"I don't know if sitting on the sidewalk is going to be labeled camping if you have say a blanket that you're sitting on. I don't know," he said.

Gene Masuda, vice mayor of Pasadena, said anything seized from the homeless will be held for at least 30 days. He added that at the very least the ordinance will help authorities.

"It gives them a tool to say that, 'You can't do this here,' where before we weren't able to do that," he said.

Ray believes the ordinance isn't needed and that it goes too far.

"Not everybody is being bad. I mean some of us know how to sit and just be quiet and hope for better things, you know?" he said.