Pasadena reaches $1.5M settlement with family of man who died in police encounter 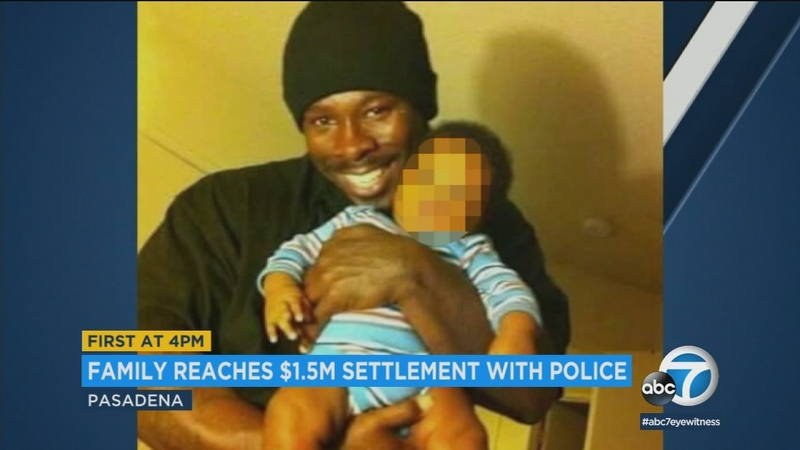 PASADENA, Calif. -- The city of Pasadena has reached a $1.5 million settlement with the family of a man who died during an encounter with police in 2016.

Pasadena city officials say the man, Reginald Thomas, died from having PCP and methamphetamine in his blood and they say police were not to blame. Still, the city agreed to the settlement to end the federal lawsuit filed by his family.

The city said the incident remains under review to determine if officers acted properly.

Family members called police for help with him that day.

Officers said when they arrived at his apartment building, Thomas was holding a knife and fire extinguisher.

The officers tased him and struggled with him and said at one point he became unresponsive. They tried CPR, but he died at the scene.

Investigators later attributed his death to a drug overdose, including from PCP and meth.

City officials conveyed their condolences to the family and said the Los Angeles County District Attorney is still reviewing the facts of the case. The Pasadena Police Department is also reviewing the incident to determine if officers acted within policy.