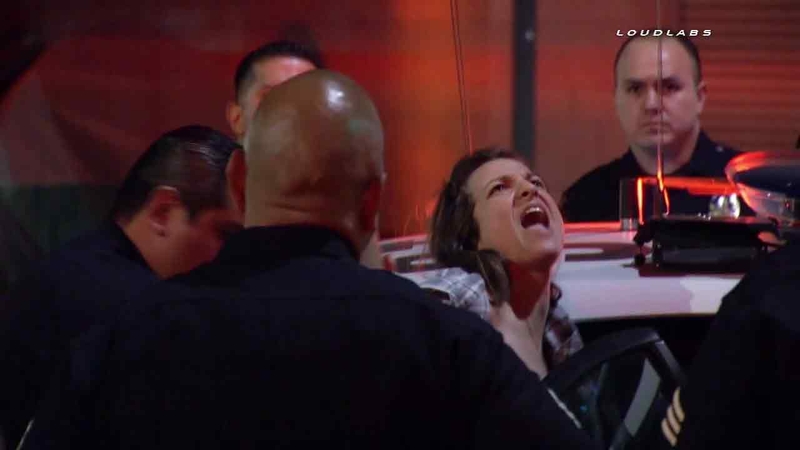 DOWNTOWN LOS ANGELES (KABC) -- It was a wild end to an hours-long pursuit as a woman, believed to be struggling with mental health problems, was arrested overnight after she allegedly attempted to run over her parents and stripped naked on the street in downtown Los Angeles.

The chase began around 10:30 p.m. Friday night in the 1300 block of N. Linda Vista Avenue after the suspect's parents called 911 to say she'd tried to run them over with her SUV, according to Pasadena police. Authorities would later learn the suspect also vandalized their home, police said.

Officers found the suspect's vehicle near the house, which prompted a chase that eventually involved the California Highway Patrol and spanned several freeways, including the 134, 101, and 210 freeways.

Because authorities knew who they were looking for, they eventually stopped the pursuit but got word that the suspect, later identified as 32-year-old Simone Gonzalez, had been spotted near a bar in downtown L.A.

Cameras caught up to Gonzalez outside the bar near 3rd and Main streets. When asked why she ran from police, the woman claimed she was with the authorities.

"Ran from what? Ran where, sir? I am a trained policeman...You are a legal slave trader. I am with the police, everywhere," she said.

Minutes after speaking to media at the scene, Gonzalez ran down the street and took off her clothes.

Upon arrival, Gonzalez was covered up and taken into custody around 12:45 a.m.