KABC
By ABC7.com staff
PASADENA, Calif. (KABC) -- A Pasadena city employee captured on video in an apparent road rage incident has been placed on administrative leave.

The footage shows a man using his city car to block a woman in a Target parking space so he can berate her for allegedly cutting him off.

The woman, whose child was in the back seat of her car, appeared shaken up in the video.

The city of Pasadena is reportedly investigating the incident and has not released the employee's name.
Report a correction or typo
Related topics:
pasadenalos angeles countyparkingcaught on videoroad ragetarget
Copyright © 2020 KABC-TV. All Rights Reserved.
RELATED 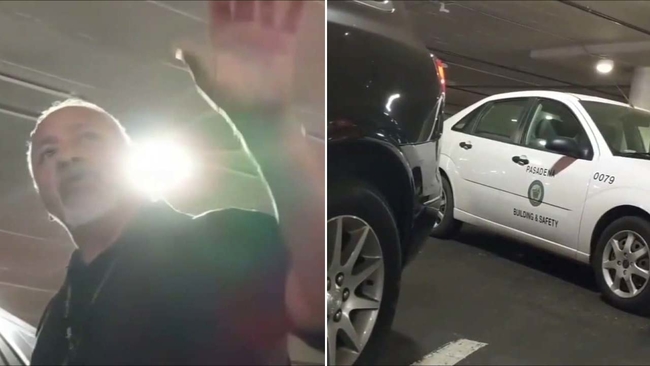