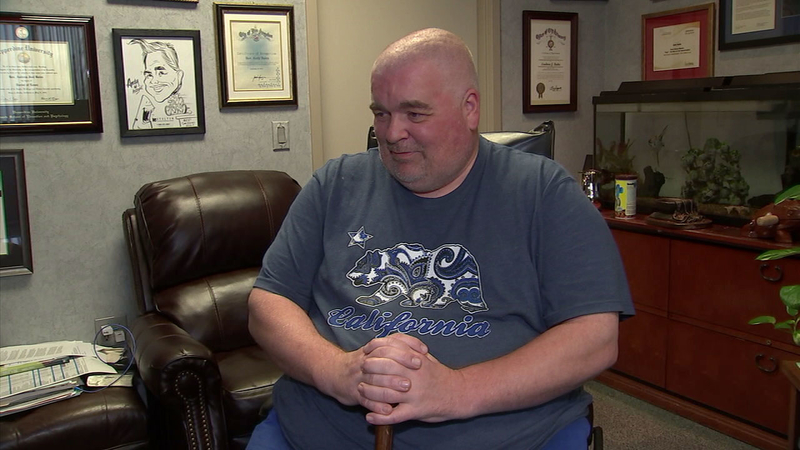 He says he's been a patient at Avalon Villa care center in Athens Village for the past year. Last week staff at Avalon Villa told him they could no longer care for him and they were taking him to a homeless shelter.

Anderson said he panicked knowing he would not be able to take care of himself at a homeless shelter.

Anderson was dropped off at Union Rescue Mission with no medication.

"They gave me no insulin, no needles, no machine to test my blood sugar."

Rev. Andy Bales with Union Rescue Mission described it as "almost attempted murder" because "a diabetic cannot survive without medication."

Bales says this isn't the first time the mission has had a problem with hospital dumping.

In 2008 the mission set up a camera and caught several hospitals and care facilities dropping off their disabled patients at the shelter, many without their consent.

"They are supposed to care for them, not dump them on the streets when they can't pay or they get tired of them," Bales said.

Avalon Villa Care Center released this statement: "Avalon Villa Care center adheres to the highest level of ethics and morals and the care of our patients is our number one priority. All care, including the discharge of patients is conducted in compliance with all laws and regulations."

However, Anderson says he never signed the discharge paperwork and told Avalon Villa he needed help getting into an assisted care facility - but he says they wouldn't listen.

He describes the whole experience as "soul crushing and dehumanizing."

The Rescue Mission says hospital dumping isn't just wrong, it's illegal. They are starting to see another spike in this practice.