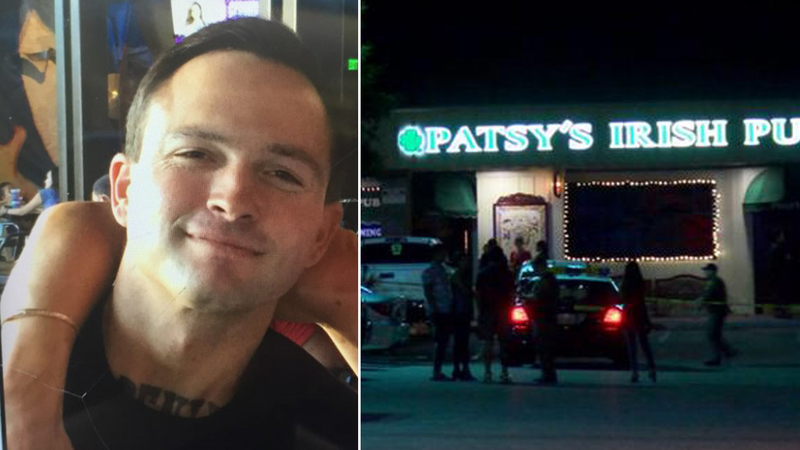 The suspect, identified as Craig Tanber, 37, is a documented gang member with a long criminal history. Authorities say he should be considered armed and dangerous. A warrant was issued for his arrest.

Authorities said information collected throughout the day helped them identify Tanber as the suspect. He was recently released from prison after serving several years for another violent crime.

"Somebody like Mr. Tanber with a significant criminal history, the violent history and then the violent nature of the attack earlier this morning. I think it should be expected or believed that he is potentially armed with a knife or any other kind of weapon," OCSD Lt. Jeff Hallock said.

Deputies responded to reports of a stabbing victim outside Patsy's Irish Pub in the 28000 block of Golden Lantern Street around midnight, after an altercation between two men escalated.

Upon arrival, deputies found an adult victim suffering from a stab wound to the upper torso. The victim, 22-year-old Shayan Mazroei, was treated at the scene and transported to Mission Hospital where he succumbed to his injuries.

Authorities said Tanber fled the scene. He is known to frequent the south Orange County area and Huntington Beach.