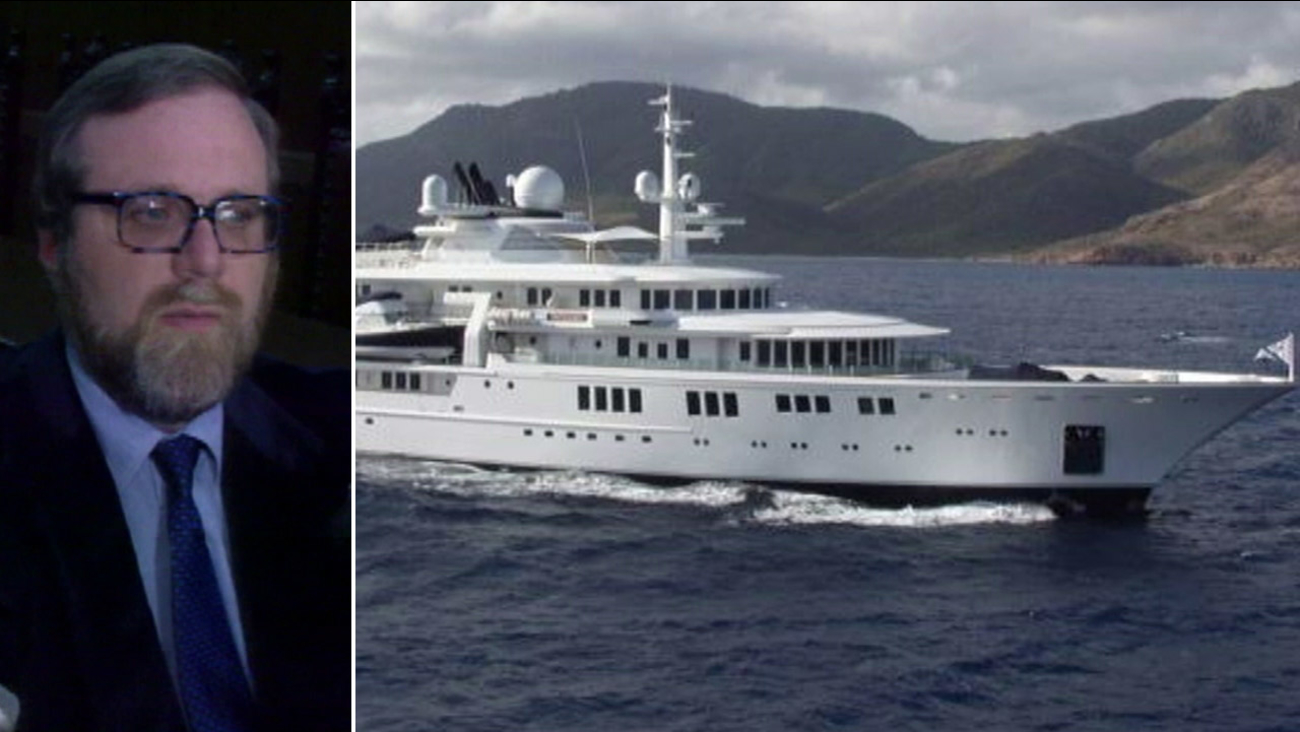 Paul Allen is shown in an undated photo alongside an image of his 300-foot yacht. (KABC)

LOS ANGELES (KABC) -- Paul Allen, co-founder of Microsoft and owner of the Seattle Seahawks, was under fire Friday morning for damage caused to a coral reef by his 300-foot yacht.

Officials in the Cayman Islands said one of his yachts destroyed 14,000 square feet, or nearly 80 percent, of a protected coral reef.

Local officials said the ship's chain is to blame for the damage, but Allen was not on board at the time.

The incident happened on Jan. 14, according to a statement from Allen's investment firm Vulcan. A diver told the crew of the yacht an anchor chain may have impacted the coral.

The crew then relocated to ensure the reef was not damaged any further. An investigation by authorities was ongoing.