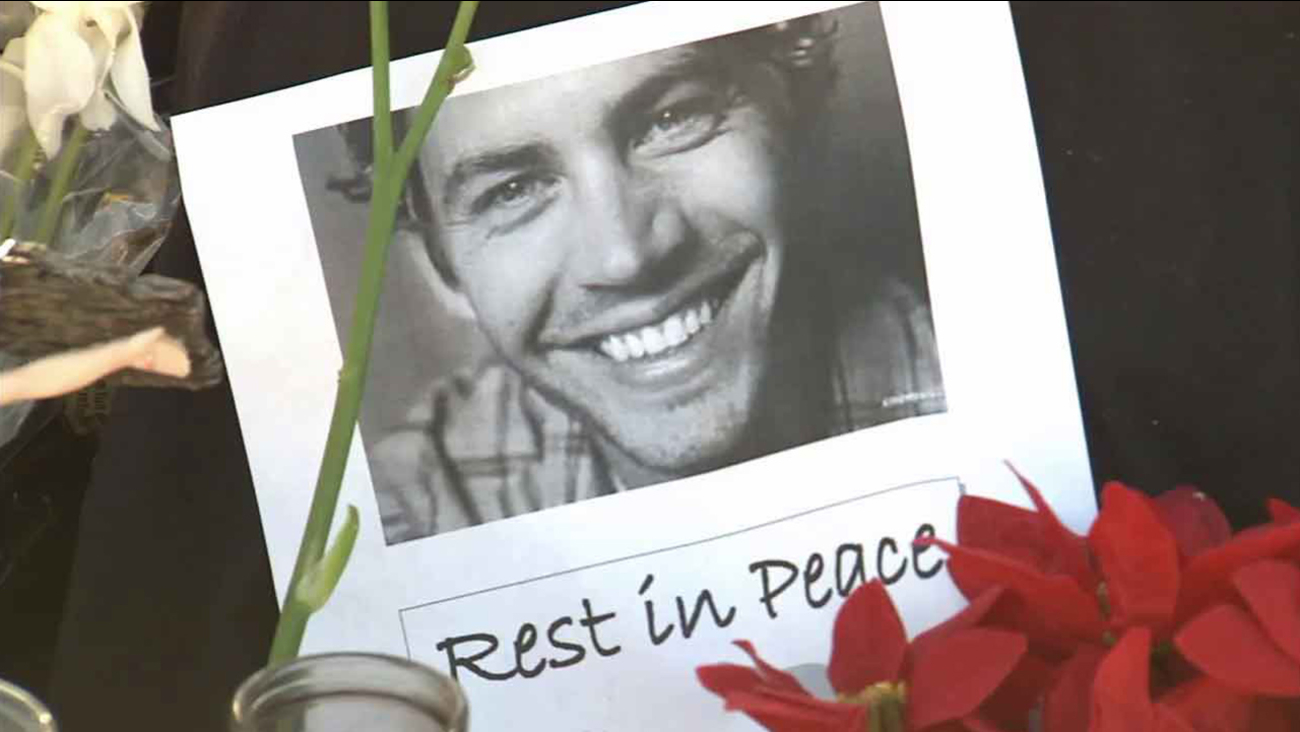 A tribute to Paul Walker is seen in this Dec. 2013 photo. Walker and his friend, Roger Rodas, were killed in a fiery car crash in Valencia Saturday Nov. 30, 2013.

LOS ANGELES (KABC) -- The widow of the driver of a Porsche that crashed and killed actor Paul Walker sued the automaker, claiming design flaws could have prevented the deaths of both men.

In a lawsuit filed Monday, Kristine Rodas claimed her husband Roger Rodas and Walker left a charity event and only drove a few hundred yards before the car "malfunctioned" and crashed in November.

Roger Rodas was driving about 55 mph - not at the unsafe speed law enforcement investigators determined, the lawsuit said.

The lawsuit added the 2005 Porsche Carrera GT lacked a proper crash cage and safety features in the gas tank that would have saved the lives of both men. It also contends that a failure in the car's suspension system forced it to careen out of control and strike three trees while driving down a street in Santa Clarita.

The lawsuit seeks an unspecified amount for damages and legal fees.

Kristine Rodas' attorney, Mark Geragos, said he hired the top experts in the country to evaluate the wreckage and crash. The results, he said, were an unbiased look at the accident that refutes an official investigation that determined the sports car was speeding at up to 94 mph when it crashed.

In March, investigators said they found no evidence of mechanical problems and that the accident was a result of speed. The report was created by the Los Angeles County Sheriff's Department and California Highway Patrol with the help of Porsche engineers.

The differing opinions on the crash will likely be a part of any trial over the lawsuit, which could take years to resolve.

Roger Rodas was trained as a race car driver, according to his wife's lawsuit. He left behind two young children upon his death.

Walker's death occurred on a break in the filming of "Fast & Furious 7," and the actor's two brothers are helping complete action scenes in the film. The film's release has been delayed until April 2015.