Paul Whelan made for a convenient target for Russian intelligence: Ex-officials 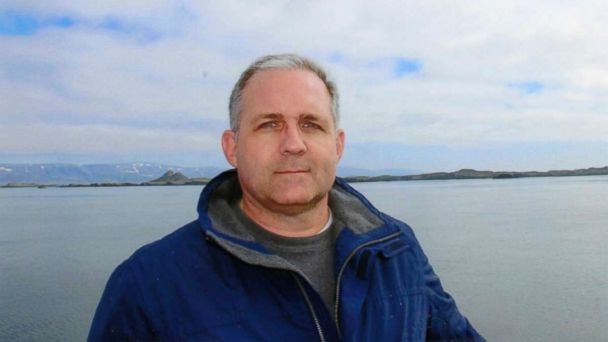 In the days following American Paul Whelan's arrest in Moscow on espionage charges, suggestive details began to emerge about his past.

Secretary of State Mike Pompeo said Friday that "unfortunately" he could not comment on the allegations against Whelan. But ex-U.S. officials and intelligence experts maintain that Whelan's profile has so far come to look less like a professional spy and more like that of someone who could be conveniently framed as one.

Steven Hall, a former senior CIA official who is among those skeptical of the Russian claims, told ABC News, "He definitely has things about him that make the trumped-up charges against him more palatable, certainly to Russians and probably to some Americans as well."

Whelan, a former U.S. Marine who held passports from four Western nations, was arrested in Moscow on Dec. 28 by Russian security services and charged under an espionage law, according to an announcement by Russia's Federal Security Service (FSB). A Russian news outlet called Rosbalt, known to be close to the intelligence services, cited an anonymous security agency source in reporting that Whelan had been caught in a posh Moscow hotel with a memory card that contained a secret list of Russian government personnel.

Those reports have not been verified, and in the two weeks since his detention, no further official information on the allegations against Whelan has been released, other than Friday's formal confirmation of the charge against him. Whelan's family denied that he is a spy and said he was in Moscow to attend a friend's wedding.

A Russian defense attorney for Whelan has said he denies the espionage charge and will plead not guilty.

Pompeo told Fox News he couldn't discuss Whelan's case but added, "The American people should know the Trump administration is very focused on making sure that every American who's detained anywhere in the world has been treated properly, handled accordingly and where they are not, using every lever of U.S. power to make sure that they are returned home safely to their family."

Though the world of international espionage is by its nature murky and it's unclear what evidence Russia has against Whelan, almost immediately after news of Whelan's arrest broke former U.S. officials said they doubted the allegations and suspected a set-up. From the information available, they said Whelan didn't appear to be a professional spy and, though U.S. intelligence agencies are known to have used private individuals for some espionage work, that seemed unlikely in this case.

"If he was involved in anything related to intelligence, it was a massive, uncoordinated screw-up," John Sipher, a former senior CIA official who served in Moscow, told ABC News.

Whelan, a naturalized U.S. citizen who was born in Canada, served in the U.S. Marines from 1994 to 2008, mostly in administrative positions. According to military records, he received a bad conduct discharge for attempted larceny and other charges. That Whelan had been booted from the Marines for serious misconduct, officials said, made it even more unlikely he could have worked for an American intelligence agency.

After the military, Whelan worked in security at Kelly Services, a personnel staffing firm, and later became head of global security for the Michigan-based international auto parts firm BorgWarner, according to the companies. BorgWarner has said Whelan was in Russia on a personal trip and that it has no facilities in the country.

"I think that background makes him a more attractive candidate" for being picked up, said David Salvo, a former State Department official and current deputy director of The German Marshall Fund's Alliance for Securing Democracy. "In their view, they can make a case to their own people: Here's this guy, a former military official, randomly traveling here..."

Hall said Whelan's profession would not have helped his case with Russian intelligence, which "sees 'security' as code for intelligence work."

"That just makes it easier for them to come up with this propaganda ploy," he said.

Whelan also had a long-standing enthusiasm for Russia, traveling there previously several times, according to his twin brother, and talking online about his efforts to learn Russian.

"Having grown up during the Cold War, it was a dream of mine to visit Russia and meet some of the sneaky Russians who had kept the western world at bay for so long," Whelan wrote on a now-defunct personal site in 2006.

For a decade, Whelan also maintained an account on the Russian social media site VKontakte, using it to reach out to ordinary Russians he often didn't know. Those he contacted expressed surprise, saying they couldn't understand why he had written to them.

"He didn't want to know anything specific," Alexander Buzov, one of Whelan's contacts on the social network, told ABC News, saying Whelan had never explained why he had added him on VKontakte roughly nine years ago. "He just started the dialogue with 'Hello! How are you?'"

The unverified Rosbalt report claimed Whelan had sought out Russian men who might have access to classified material or friends who did. Most of Whelan's around 55 friends on VKontakte appear to have graduated from military academies or belong to a uniformed Russian service. But all of those reached by Whelan who spoke to ABC News said he had never discussed their military service and had not talked about anything much beyond generalities.

Pavel Laponov, a former soldier from Bryansk who was also contacted on VKontakte by Whelan, said Whelan had only ever written to offer opinions on countries he had visited.

Whelan's brother has said Paul Whelan always looked to make friends in whichever countries he visited as a tourist and that he had hoped to meet friends in Russia this time.

Whelan's Russian lawyer, Vladimir Zherebenkov, told ABC News last week he was aware of the Russian news report on the allegations against Whelan but said he was not permitted to comment on details of the investigation. Zherebenkov said the investigation and trial would confirm whether the reports were accurate.

Some former officials said they feared Russia had detained Whelan in an act of "reciprocity" for the American arrest of Russian agent of influence Maria Butina, or in a bid to set up a swap for Butina or another Russian in U.S. custody down the road.

Laying out what he thought was a likely scenario, Zherebenkov told ABC News last week he thought Whelan may well be tried, convicted and then pardoned and traded to for Russians held as criminals in the United States.

In the Russian government's first comments on Whelan's case Wednesday, however, a spokesperson for President Vladimir Putin said, "Russia never uses people as pawns in diplomatic games." Russian Foreign Ministry spokesperson Maria Zakharova told reporters on Friday that an exchange was "currently not on the table" and she expects Whelan to stand trial.

Zherebenkov told ABC News he was certain that the Russian security services had been tracking Whelan for "quite a long time" before his arrest and that he had been under surveillance. While he is working on the basis that Whelan is innocent, he has repeatedly said investigators must have had substantial evidence to have made the arrest.

Zherebenkov has not made clear how he was appointed, which concerns Whelan's brother.

"I'm not prejudiced against Zherebenkov," David Whelan told the Russian radio station, Kommersant FM. "The only thing that bothers me is that we don't know why he was assigned to my brother. We want to be sure that my brother had a choice."

Fourteen days after his arrest, Whelan's ordeal is still mostly opaque, and it remains unclear whether he has any legitimate ties to any intelligence service. By policy, the CIA generally does not confirm or deny the identities of alleged employees, leaving skeptical observers with more questions than answers.

"Lot of things are not working in his favor," Salvo said, "but that doesn't make him a spy."
Report a correction or typo
Related topics:
abc newsnational
Copyright © 2020 ABC News Internet Ventures.
More Videos
From CNN Newsource affiliates
TOP STORIES