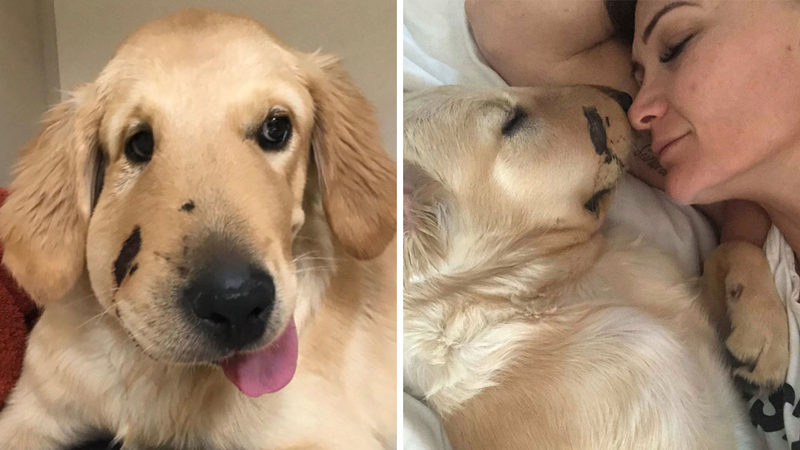 ANTHEM, Ariz. -- An Arizona woman is thanking her dog after the pup shielded her from a snake bite on a recent hike.

Paula Godwin wrote on Facebook that she was out with her dogs Todd and Cooper on the morning of June 29.

"Nobody wanted to come with me -- it's too early!" she quipped in a Facebook Live. "Look how cute Todd is in his little harness!"

Todd proved that he was not only cute but also brave later in the walk as Godwin nearly stepped on a rattlesnake.

"My hero of a puppy Todd saved me," she wrote. "He jumped right in front of my leg [where] I surely would have [been] bit."

Instead, the snake bit Todd in the face, and Godwin was uninjured. She later shared photos showing the golden retriever with a facial wound.

Godwin sought medical treatment for Todd immediately, and she said the brave pup is expected to fully recover.

"Todd's doing so well, [it] is a wonder to me how he is healing. Just a thank you to all the support," Godwin later wrote on Facebook.