Crash closes all lanes of PCH in Malibu 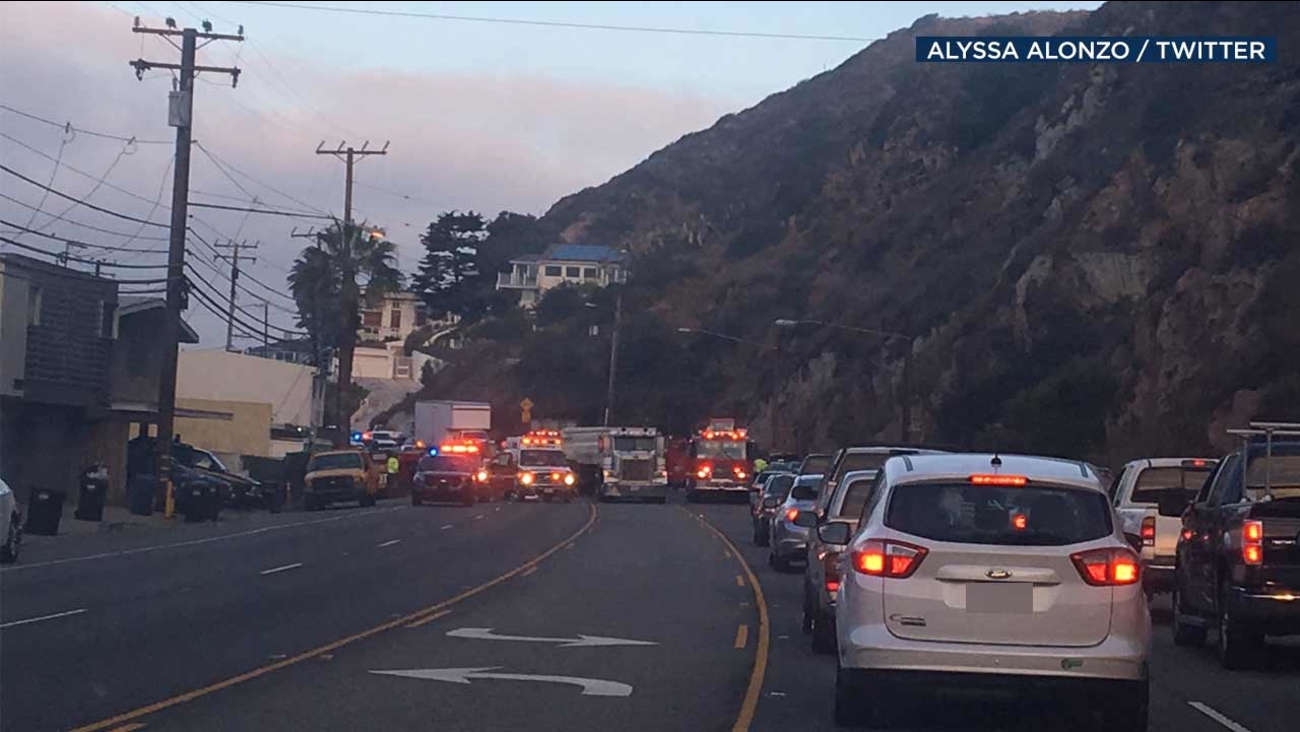 Emergency responders gather at the scene of a crash on Pacific Coast Highway on Thursday, Aug. 18, 2016. (Alyssa Alonzo/ Twitter)

MALIBU, Calif. (KABC) -- Both directions of Pacific Coast Highway in Malibu were shut down Thursday morning due to a crash, officials said.

The crash occurred around 6:30 a.m. south of Las Flores Canyon Road, the California Highway Patrol said. Authorities said the wreck involved a big rig hauling a load of gravel and a pickup truck.

According to Los Angeles County fire officials, one person was trapped in the pickup truck, which was underneath the big rig.

Crews worked to extricate that individual as well as remove gravel from the roadway and tow away the damaged trailer.

Motorists were advised to use canyon roads to get around the closure. One eastbound lane reopened around 9:15 a.m., according to a tweet from CHP. Remaining lanes were reopened about an hour afterward.