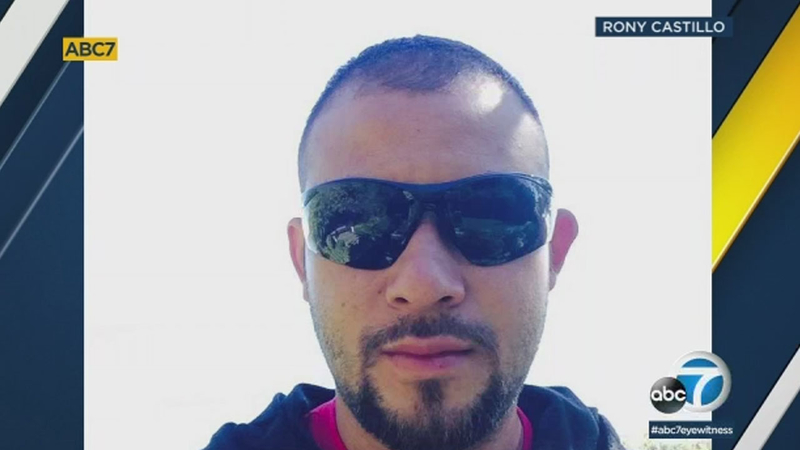 MALIBU, Calif. (KABC) -- The few family members Juan Castillo had in the United States are now grieving his tragic death.

The 28-year-old landscaper was working in Malibu, taking out the trash when he was struck by a pursuit suspect on the Pacific Coast Highway.

"He was working. He was doing his job. He didn't deserve to leave like this, to die," said Diana Lombera, Castillo's relative.

The Los Angeles County Sheriff's Department said Wednesday's pursuit lasted about 10 to 20 seconds. A supervisor called it off due to the suspect's speed and erratic driving, but they said he struck and killed Castillo moments later.

The 22-year-old behind the wheel hit three parked cars and a truck traveling on PCH. He was trapped inside the reported stolen vehicle, which was in flames, and was rescued by deputies.

That driver remains hospitalized and is in law enforcement custody.

Castillo's cousins were like his brothers. His mother died when he was born and his father was killed.

Among his long-term goals, the family said, was Castillo's plan to keep supporting his grandmother, who is nearly 90.

The Castillo family is hoping to get their hands on surveillance footage from a camera outside the property where Castillo was struck.