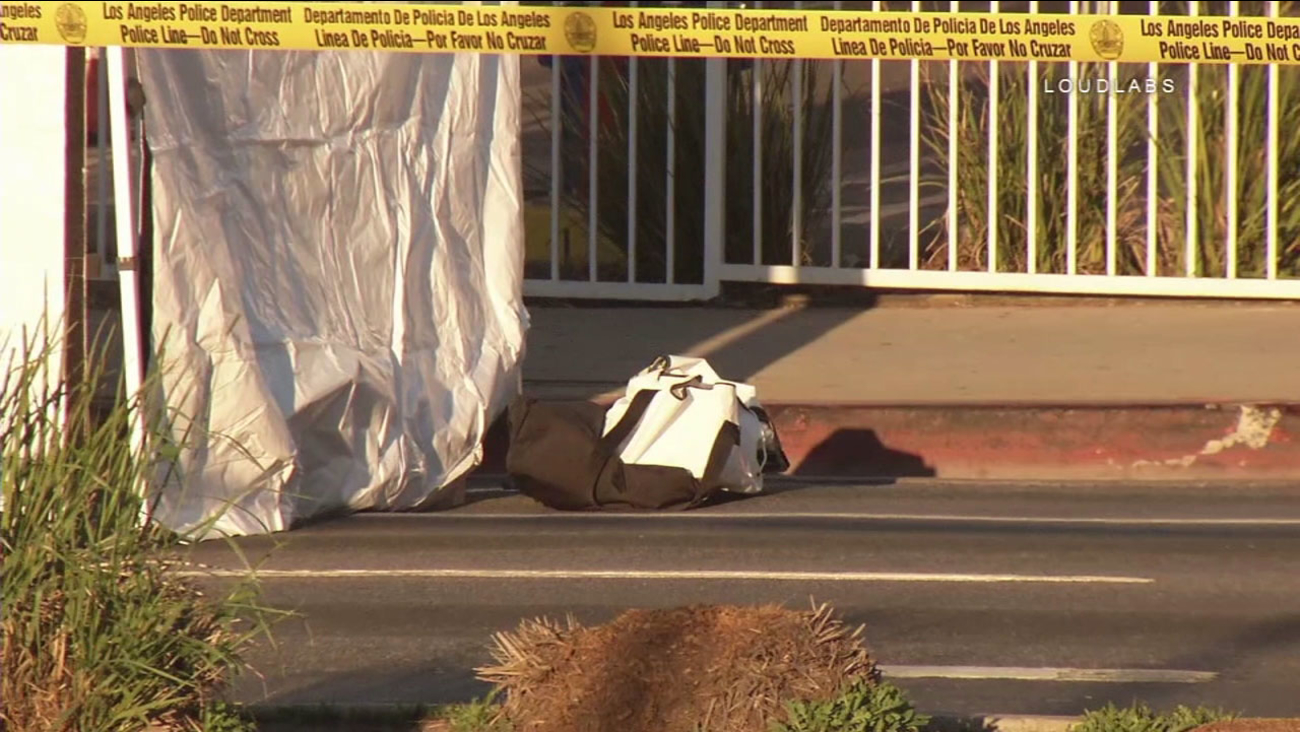 JEFFERSON PARK, LOS ANGELES (KABC) -- A hit-and-run investigation is underway near the 10 Freeway in Jefferson Park after a man was found dead on Saturday.

Los Angeles police said the 73-year-old man's body was found at an intersection right off of the Crenshaw Boulevard 10 Freeway off-ramp.

The victim, who police said was lying in the middle of the roadway, was struck and killed by a vehicle driving southbound on Crenshaw Boulevard.

Neighbors said the victim could be a homeless man often seen panhandling in the area.