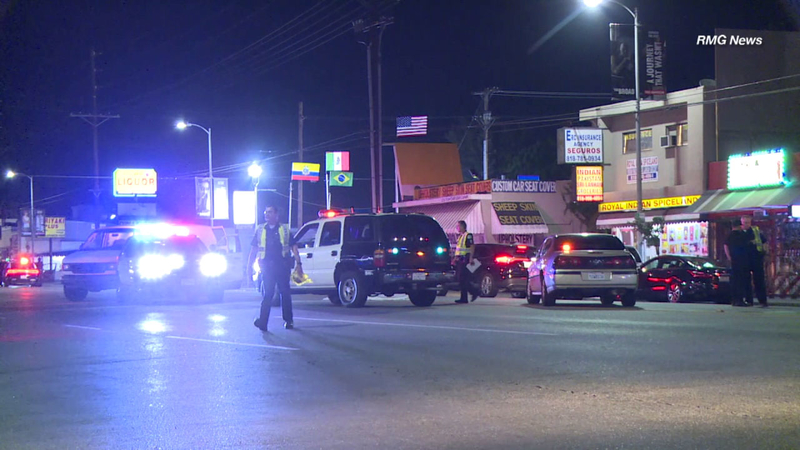 VAN NUYS, LOS ANGELES (KABC) -- A pedestrian was struck and killed in a hit-and-run crash that involved two vehicles in Van Nuys Friday.

Authorities said the crime happened around 9:42 p.m. near the intersection of Sepulveda Boulevard and Wynadotte Street.

Witnesses told police a 2012-2015 Toyota Corolla was involved and that it had damage to the right front-end and fender. It also had a smashed windshield.

The other vehicle involved was possibly a white Chevy Cruze that also had a smashed windshield.

It was unclear what led to the crash or how both vehicles hit the pedestrian.