KABC
By Anabel Munoz
SOUTH LOS ANGELES (KABC) -- Quatrell Stallings, who was struck by a hit-and-run driver while he was attending a vigil for a friend who died at the same South L.A. intersection, spoke about the incident Thursday.

The 24-year-old was one of dozens of people at the vigil at Manchester and Normandie avenues that turned into a protest. His friend, 22-year-old Fredrick Frasier Jr., was killed by a hit-and-run driver Tuesday while riding his bicycle in the area.

While standing in the intersection Wednesday, Stallings was trying to get people to safety when he was struck by a tan sedan.

His friends rushed to his side as he hobbled over to the sidewalk and fell down. Paramedics arrived and took him to a nearby hospital. He suffered head trauma, a broken ankle and leg and will be undergoing knee surgery.

"The only thing that kept me going was you guys' voice telling me to stay up and 'God got your back' and you know, 'We have you,'" Stallings said.

Stallings said he was trying to keep the peace when the demonstration turned violent. He said the same driver who ran him down was there before in her vehicle. She got into a physical confrontation with another cyclist.

"I think it was because she couldn't get through because I think there was blocking of the cars with the bikes. So she got upset and got out of her car and immediately started fighting. She left and the lady looked at me, got in her car, drove off, turned back around, came back and was looking to hurt somebody and hit me," he said.

The father of three toddlers said his story isn't about him but about Frasier, who was known as "Woon." He added that he did not want things to get violent.

"I feel distraught right now and I know my friend Woon wouldn't want that to happen. I came with nothing but all peace and positivity. It was all for him," Stallings said.

An LAPD detective said after reviewing video that Stallings was somehow involved during the physical altercation. They are hoping to find the woman that struck him and the driver who killed Frasier.

Stallings hopes he will recover quickly from his injuries as he is also a cyclist. He wants to make it to the 2020 Olympics.

A GoFundMe account was created to help Quatrell with medical expenses. If you would like to donate, you may do so by going to gofundme.com/help-quatrell-stallings.
Report a correction or typo
Related topics:
south los angeleslos angeles countycyclinghit and runpedestrian struckpedestrian injuredman killed
Copyright © 2020 KABC-TV. All Rights Reserved.
RELATED 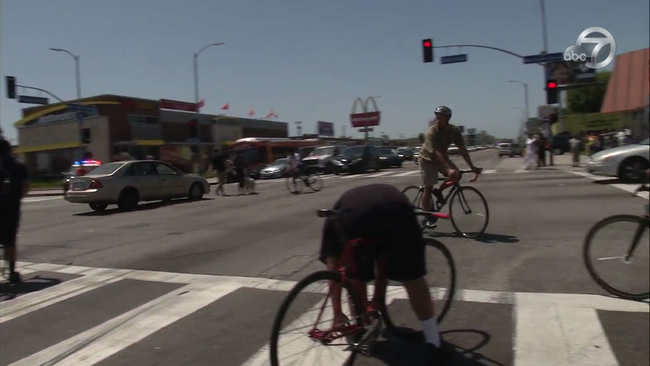 VIDEO: Pedestrian struck by car while at vigil in South LA 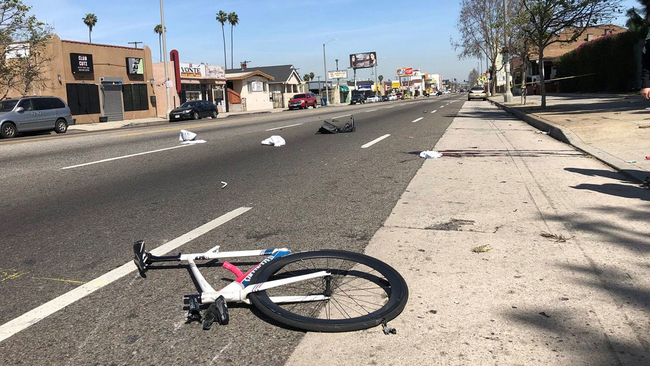