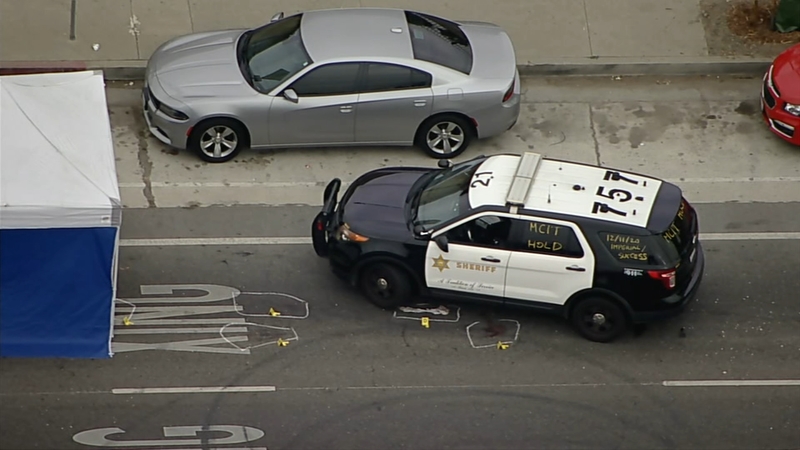 SOUTH LOS ANGELES (KABC) -- A sheriff's vehicle driven by a Los Angeles County deputy fatally struck a woman who was lying in a street in South Los Angeles on Friday morning, authorities said.

The collision occurred shortly after 6:30 a.m. on Imperial Highway, near Success Avenue, according to the Sheriff's Department.

At least two deputies were inside the marked SUV, which was heading westbound at the time of the impact, an LASD spokesperson said. They were uninjured.

The unidentified victim, described by investigators as a transient, was pronounced dead at the scene.