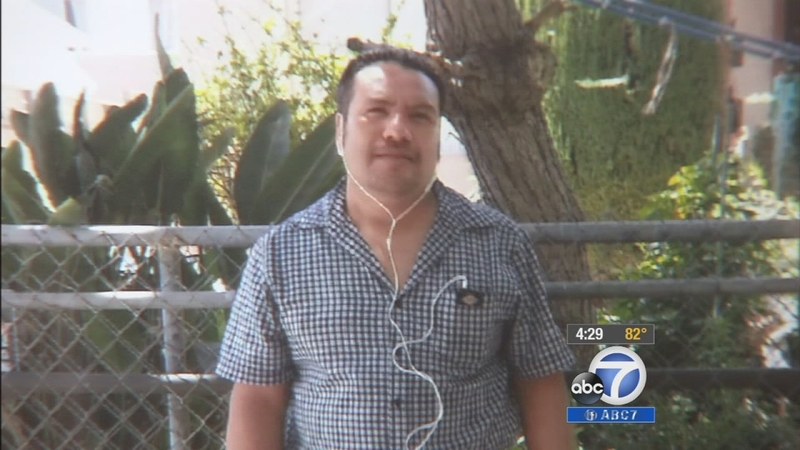 KOREATOWN, LOS ANGELES (KABC) -- The driver of a pickup truck ran a red light and hit three pedestrians in Koreatown Monday morning. One person died and two others were critically injured.

Police said the driver fled the scene on foot after the crash, which occurred around 6:40 a.m. near Beverly Boulevard and Normandie Avenue.

According to police, the pickup truck hit a gray Toyota Camry, and the Camry then hit a BMW. The accident forced the truck to careen to the northeast corner of the intersection, where it struck three pedestrians on the sidewalk.

A man from Los Angeles was declared dead at the scene. Two patients were transported to the hospital in critical condition.

The drivers of the Toyota and BMW stayed at the accident scene and were cooperating with investigators. They were not injured.

Police have not released the name of the victim who died, but friends identified him as Javier Hernandez, 45, a married father of two sons. A friend said Hernandez normally takes an earlier bus at Beverly Boulevard and Normandie Avenue to go to his job in Beverly Hills, but he was running late Monday morning and was waiting for a later bus when he was hit.

The cause of the crash remains under investigation. Anyone with information was asked to call police at (877) LAPD-24-7.