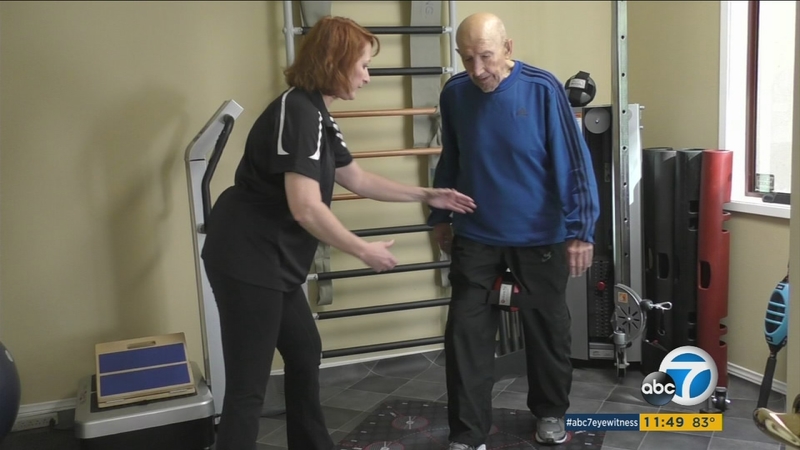 LOS ANGELES (KABC) -- A new tool could hold the answer for a host of symptoms caused by pelvic troubles, including bladder problems, prostate issues or erectile dysfunction.

Pelvicore, a ball developed by physical therapist Christina Christie, targets issues that may be associated with pelvic problems in both men and women.

"We have a lot of young men that actually had old groin injuries, hip labrum injuries, back pain, knee pain and we find that actually their core and pelvic floor are involved," Christie said.

Christie has studied the correlation for more than 20 years and said it surprises most men that some of their most sensitive issues can be alleviated by using the unusual ball.

"Which can include incontinence, urgency frequency, erectile dysfunction and any type of pelvic floor pain," Christie explained.

Trainer Julia Morichelli has incorporated pelvicore for a hosts of clients including the elderly. She said it's helpful for postpartum women, seniors for incontinence and for those with bladder issues.

But as the population tends to gravitate toward a more sedentary lifestyle, Morichelli said the issues will being popping up at a younger age.

While using the pelvicore may look and feel silly, the routine is not complicated or physically difficult to perform.

"Anywhere from five, 10, 15 minutes a day, and once they're better they can even be two to three times a week," Christie explained. "This can take care of these issues, it's a huge quality of life issue."