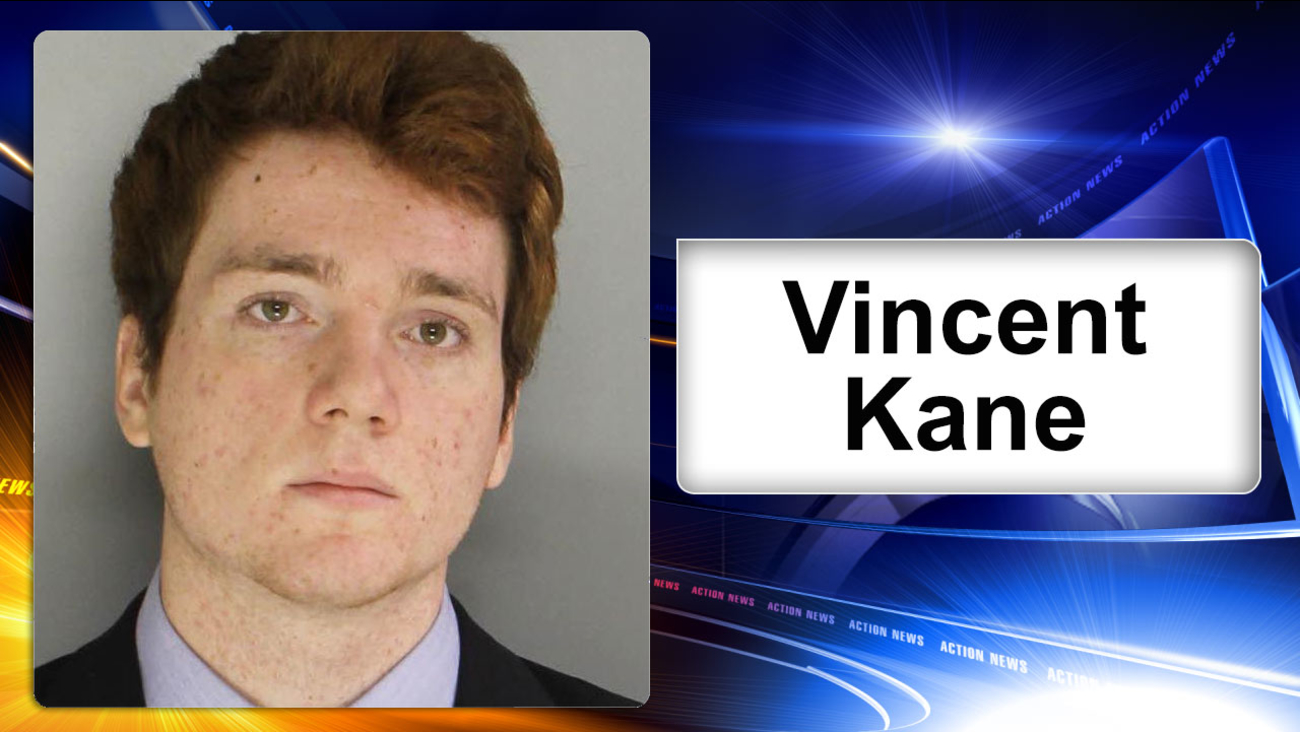 VILLANOVA, Pa. -- A Pennsylvania man has been accused of hiding a camera in a Villanova University restroom, taking 'upskirting' videos and possessing child pornography.

The investigation began Sept. 26 when a hidden cellphone camera was found recording in a Villanova bathroom.

Police said the phone also contained 'upskirting' videos from a CVS Pharmacy where Kane was employed.

"He would place the phone underneath where the candy typically is stored. It's very hard to see, but the camera would be focused on ladies that were wearing skirts," District Attorney Jack Whelan said.

Kane, a part-time Villanova student who lives off-campus, was approached by detectives and allegedly admitted to hiding the phone. He also allegedly told detectives he had been making such videos for about two years.

Authorities found that when Kane was a senior at Cardinal O'Hara he allegedly zoomed in with his camera on girls' gym shorts and underwear.

Police said a search of his home revealed a computer hard drive with 51,000 videos and images, including some recorded in a Villanova classroom and at a local high school.

Detectives said that further examination revealed images and videos of child pornography, with one video depicting a toddler being sexually assaulted.

Another 300 images appeared to be of a girl approximately 12 years old. In those photos, investigators said, Kane appeared to be trying to capture images from up her shorts.

"For his own sexual gratification, Vincent Kane surreptitiously recorded countless victims, including his fellow students, violating and breaching their personal security which can never be restored," Whelan said.