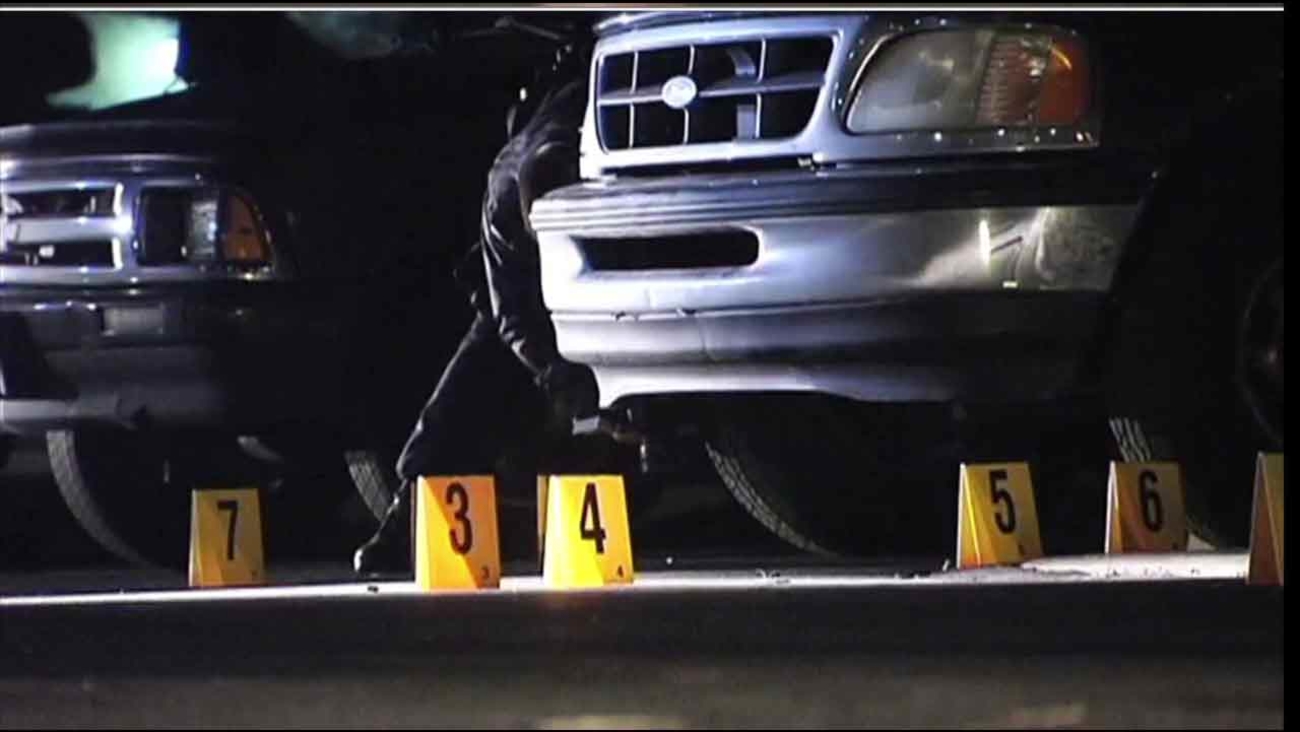 Investigators at one of three scenes in the Kalamazoo, Michigan area, where six people were killed by a gunman on Saturday, Feb. 20, 2016.

Kalamazoo County Undersheriff Paul Matyas said a suspect was detained early Sunday in downtown Kalamazoo. Matyas said weapons were found in the man's vehicle and he did not resist when approached by law enforcement officers.

"The threat to the public is over," he said early Sunday.

Matyas said earlier that police believed the shootings were random and not targeting particular people, describing it as a "worst case scenario."

He said the shootings began about 6 p.m. local time. In addition to the restaurant and the car dealership, the third location was an apartment complex. All of the shootings were in the parking lots.