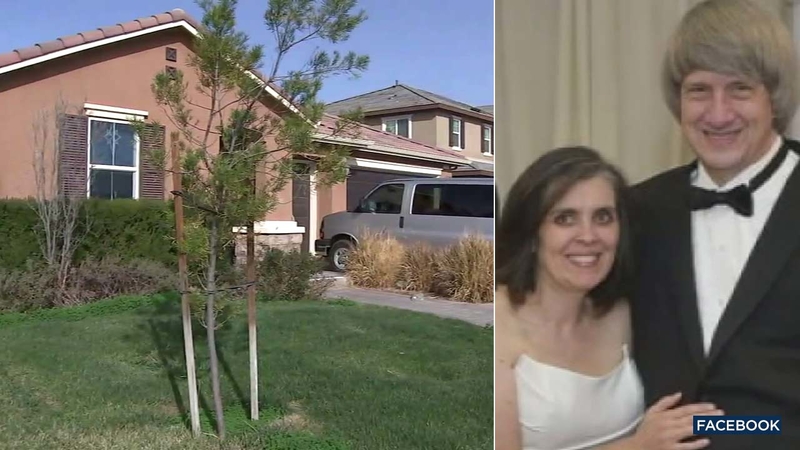 PERRIS, Calif. (KABC) -- The neighbors of the Perris couple who allegedly kept their 13 children shackled to furniture in their home said they noticed odd behavior but nothing alarming enough to alert authorities.

"A lot of things were strange but not enough, like you said, to call the authorities," said Kimberly Milligan, a neighbor.

Louise Anna Turpin, 49, and Allen Turpin, 57, were led away in handcuffs Monday after authorities discovered their 13 children, ranging in age from 2 to 29, were living in filthy, dungeon-like conditions, shackled to beds and starved.

A 17-year-old girl escaped from the home, now dubbed by some as the "little house of horrors," and called 911.

"The 17-year-old, if she hadn't done what she done, it would have gone on a lot longer," Milligan said.

The Turpins home-schooled their 13 children. Neighbors said they rarely saw the siblings and when they did, the interactions were odd.

Milligan and her son tried to speak to three of the kids a few years ago, commenting on the Christmas decorations they were putting up.

"They just froze. They were scared to death. You could tell they were terrified," Milligan said.

Neighbors said Louise and Allen Turpin were standoffish, never saying hello or interacting with the rest of the neighborhood.