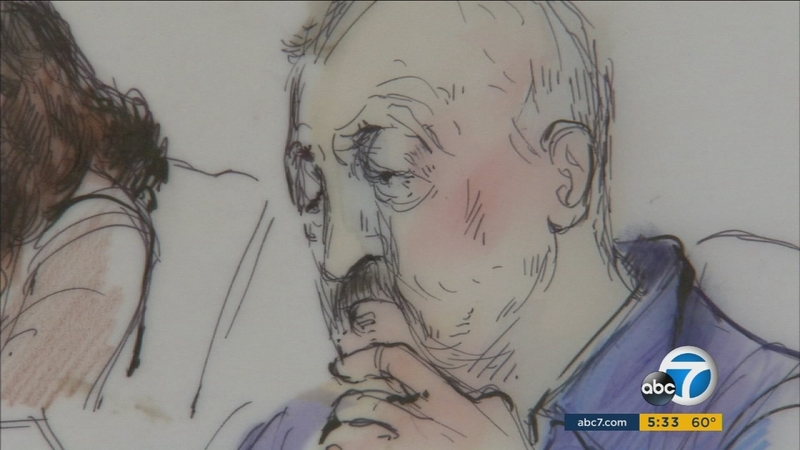 SANTA ANA, Calif. (KABC) -- The head of the Orange County branch of the Mexican Mafia and his ex-girlfriend were convicted of racketeering, conspiracy to commit murder and assault with serious bodily injury.

Jurors deliberated for over two days before finding Peter Ojeda and Suzie Rodriguez guilty on Wednesday. The two were also convicted of extortion and narcotics trafficking.

Ojeda, nicknamed "Big Homie," showed no reaction as the verdict was read.

Sentencing was set for May 9. Both Ojeda and Rodriguez face life sentences, according to Assistant U.S. Attorney Joe McNally.

Rodriguez, who was out of custody on bond, was taken into custody after the verdict.

Ojeda, 73, has been serving a 14-year federal prison term for a 2005 racketeering charge. He would have been eligible to be released in 2016 or 2017 if he stayed out of trouble.

Authorities allege that Rodriguez helped Ojeda carry out his activities while he was incarcerated.

Rodriguez was arrested during a raid in 2011. Her attorney said Rodriguez was in love with Ojeda but was not criminally involved.

"She made a bad decision to get involved...she became a facilitator," McNally said.

"You have somebody who is a law-abiding citizen. She was working two jobs, she owned her own home," said Kenney. "She's just that type of person that just loves everybody and doesn't know when to say no."

Ojeda's attorney said he is not involved in the crimes he was charged with, and gang members are using his name for their own illegal activities.

However, authorities say Ojeda continued his control from prison, running a ruthless gang that kills, extorts and protects drug dealers.

"Unfortunately, Peter Ojeda just didn't get it. There organizations cause significant harm and he continued to participate from prison," McNally said.

During the trial, Ojeda's attorney said Ojeda could not have run a criminal enterprise while in custody. After the verdict, he had no comment.

The Mexican Mafia, which is considered to be the oldest and most powerful prison gang in the U.S., has long been suspected by law enforcement of controlling drug distribution and other illegal activities within California jails and prisons as well as on the street.