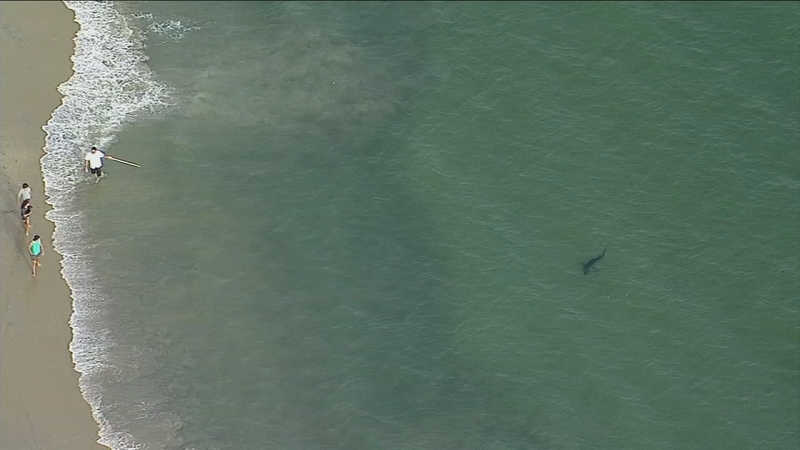 CSULB shark lab runs out of money after increased sightings

LONG BEACH, Calif. (KABC) -- A school program in Long Beach that studies sharks is running out of money due to too many shark sightings this year.

The summer of 2017 brought a high number of shark sightings to Southern California beaches. That meant more sharks tagged -- 29 in total -- for research by Cal State Long Beach's shark lab. It also meant a draining of their resources.

"This summer we tagged more sharks than we have in the past three, so whether that's a sign that the shark population is increasing or they're selecting certain beaches that they haven't in the past, either way, we tagged so many sharks that I ran out of money this summer," said Chris Lowe, the Director of the CSULB Shark Lab.

It's money that goes not just to tracking white sharks, but to studying the species who use beaches from Santa Barbara to San Diego as their nursery.

The more biologists know, the more they can share with Los Angeles County Lifeguards to keep swimmers safe.

At Belmont Shore in Long Beach, the lack of waves and frequent boat traffic makes it a strange place for white sharks, but this summer, the shark lab saw 14 sharks there at one time and tagged six.

And it's not just more sharks but bigger sharks.

"During the summer, we typically see babies. Those are sharks less than 6 feet long, but this summer for the first time in big numbers, we had sharks between 6 and about 10 feet long, and those are all still juveniles," said Lowe.