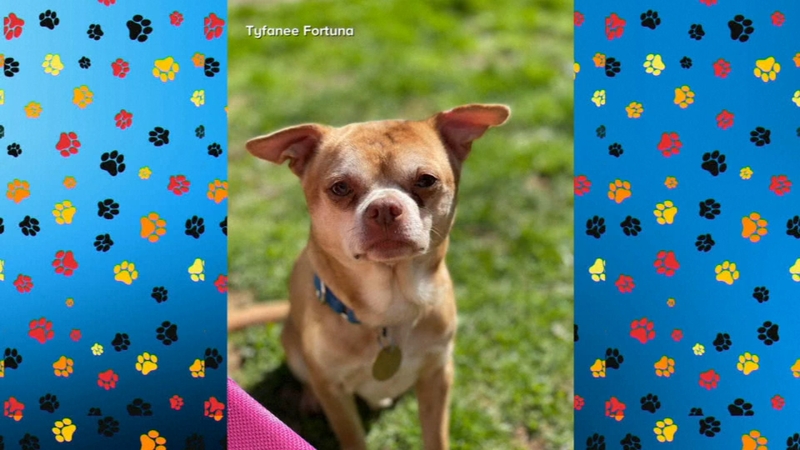 Two-year-old Prancer, a chihuahua, has been referred to as a "13lb rage machine" and a "Chucky doll in a dog's body," but that hasn't stopped him from finding a forever home.

Prancer's foster mom, Tyfanee Fortuna, wrote a hilarious post in hopes of attracting enough attention to find him a home, and it worked!

Fortuna's adoption ad, which has been shared on Facebook nearly 80,000 times, also called Prancer "a vessel for a traumatized Victorian child."

But Davis said the ad actually touched her.

"I read through it and (it) just really touched me. A lot of what Prancer was going through reminded me a lot of a dog that I had three or four years ago," Davis said.

She recalled the meeting feeling like a first date, with Prancer perking up. She ended up taking him home that same day.

"I think he's a lot calmer now that he's in a single dog situation," Davis said, adding that though her new furry friend can be a little protective, he's nowhere close to the "demonic chihuahua hellscape" described in the viral post.

"I understand and appreciate the article that started all of this, but he's just not that bad. He's a real sweetheart," she said.
Report a correction or typo
Related topics:
pets & animalsdogscute animalsadoptionu.s. & worldpet adoption
Copyright © 2021 KABC-TV. All Rights Reserved.
PET ADOPTION 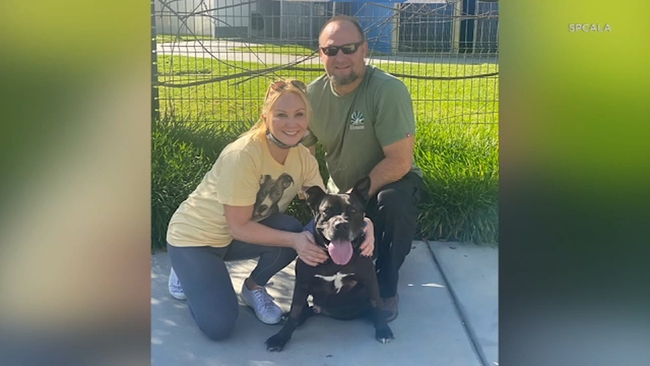