The human remains were found inside the stomachs of the sow and one of the cubs during a necropsy, Colorado Parks and Wildlife said in a press release Sunday.
AP 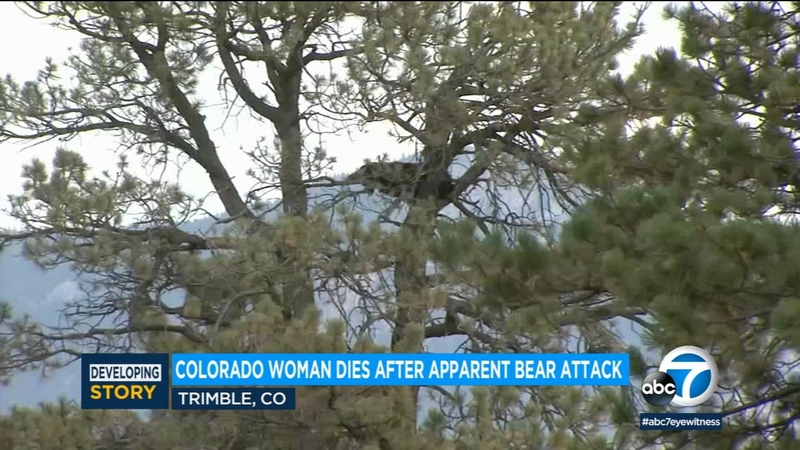 DURANGO, Colo. -- Human remains were found in two of the three black bears euthanized after they were suspected of killing a Colorado woman in an apparent attack, state wildlife officials said.

The 39-year-old woman was found mauled to death north of Durango in southwestern Colorado on Friday. Authorities suspected a rare bear attack because of the bear scat and hair found at the scene. A dog team found a 10-year-old female black bear and two yearling cubs nearby. They were killed because they were suspected of attacking her and it was believed they would likely attack someone else.

The human remains were found inside the stomachs of the sow and one of the cubs during a necropsy, Colorado Parks and Wildlife said in a press release Sunday. The bears all appeared to be healthy according to an initial examination by a pathologist, showing no sign of disease and with adequate fat stores following the winter hibernation season, the agency said. A microscopic examination of their body tissue and rabies testing to find other possible reasons that could have led them to attack will take up to two weeks, it said.

Video shows the dramatic rescue of a skier who was mauled by a bear outside of Haines, Alaska.

"Our thoughts and prayers go out to the boyfriend, family and friends of the woman we lost in this tragic event," said Cory Chick, CPW's regional manager, in the announcement of the necropsy findings. "We cannot determine with exact certainty how or why this attack took place, but it is important for the public not to cast blame on this woman for the unfortunate and tragic event."

Chick said the sow was teaching its yearlings that humans were a source of food, not something to fear or avoid, making them dangerous to people.

The woman, whose name has not been released, was believed to have gone walking with her dogs earlier Friday, according to her boyfriend. He returned home at about 8:30 p.m. and the dogs were outside, but the woman was missing. He started searching and found her body an hour later off U.S. Highway 550 near Trimble, a community north of Durango, and called 911, CPW has said.

An autopsy is planned for the woman on Tuesday.

The most recent fatal bear attack in Colorado was in August 2009 near Ouray, also in the southwestern part of the state. A 74-year-old woman was killed by a 394-pound (179-kilogram) male black bear. An investigation determined she had been illegally feeding bears through the fence in her yard, the agency said.
Report a correction or typo
Related topics:
pets & animalscoloradowild animalsbear cubanimalbear
Copyright © 2021 by The Associated Press. All Rights Reserved.
More Videos
From CNN Newsource affiliates
TOP STORIES