KABC
By Rachel Jordan
LONG BEACH, Calif. (KABC) -- Long Beach resident, Jenine Minue, has been tending to the massive stray cat population in her Alamitos Beach neighborhood for the past 11 years.

She feeds the felines breakfast and dinner every day and finds the funds to spay and neuter the animals, in order to help control the growing population of stray cats in the downtown area. But, it is officially "kitten season," which means Jenine's group of hungry animals is multiplying.

"Typically, kitten season starts around March and it's a huge influx of kittens," said Long Beach Animal Care Services Manager, Staycee Dains. "This past weekend, staff said we were slammed. We just got litter after litter after litter."

Dains reports that Long Beach Animal Care Services has received almost 700 cats between January and April of this year.

So, why are there so many stray cats in Long Beach?

"Housing is a really good indicator with what's going on with stray animal populations," Dains said. "Whenever you see people struggling with housing, you have to move and you have to make choices. They can choose to bring their animal to the shelter, but they think that they're giving their animal the best advantage by driving it to a better neighborhood or dropping it in a park, but in fact that cat is in serious danger."

In regards to 'community cats,' or unsocialized outdoor cats with little to no human interaction, Dains said the best solution to stop overpopulation is through a method called TNR, which stands for trap, neuter and return.

"The best thing to do is get them trapped, spayed or neutered, and then put them back. That way they won't create an overpopulation problem," said Dains. 'Community cats' are often deemed unadoptable. 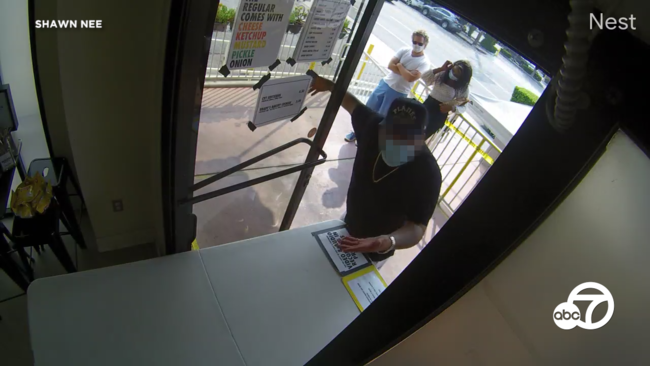